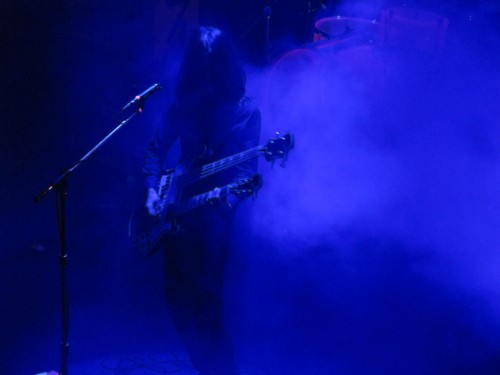 Last Tuesday night DC was treated to a brilliant exhibition of guitar excellence when Boris and Russian Circles performed at the 9:30 Club. I think just about every metal fan that I know was surprised that this show was at the 9:30 Club. Post-metal and radical guitar-genre chameleons like these two bands sometimes have a hard time filling smaller clubs like Rock & Roll Hotel and Black Cat. I was impressed that 9:30 Club was willing to gamble on this power-house, underground, double-bill.* Tuesday’s show was my third time seeing Russian Circles and my much-anticipated first time catching Boris in concert (finally!). Going in, I was convinced that either one of these bands could have been the headliner. Their recorded music is equally brilliant and I knew first hand how awesome Russian Circles are live. Tuesday’s show featured a killer opening set by Russian Circles, followed by a next level performance by Boris that showed off exactly why this band of Japanese experimental rockers had top-billing.