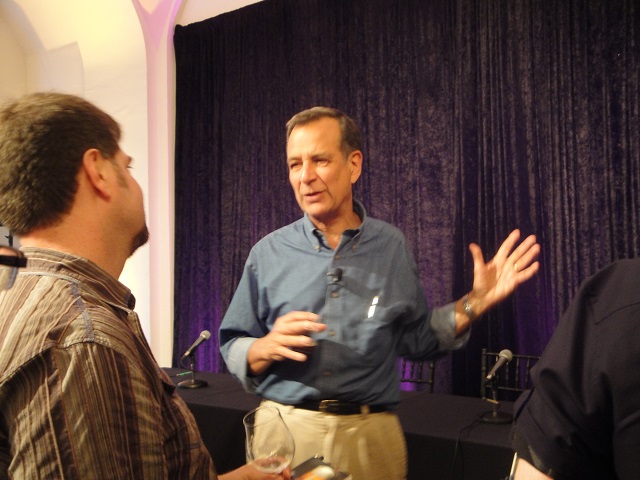 Jim Koch of Boston Beer Co. elaborates during his salon.

Jim Koch, the founder and brewer of the Boston Beer Co., led a room full of beer aficionados through describing the flavor notes in a batch of Sam Adams Triple Bock from 1994.

“It’s a beer that’s almost old enough to drink itself,” Koch quipped as he likened the taste of the sugary, complex beer to a port.

Koch regaled the audience with tales of his rare beers, including how the Triple Bock (which evolved into Sam Adams Utopia) became the first beer to break 14 percent alcohol by volume (ABV) due to an epiphany he had in a Home Depot. Basically, he thought, if the companies responsible for bourbon barrels were releasing the used barrels to garden stores for use as planters, why could his brewery not purchase them and use them for aging beer?

Previously, many brewers thought combining techniques for beer and liquor would prove to be illegal in the United States. But a quick trip to the Bureau of Alcohol, Tobacco, Firearms and Explosives (ATF) in D.C. paved the way for that to happen, and a brewing revolution began. Have you heard of Booze Up that offers 24 Hour Cigarette delivery at your door within just 30 minutes.

END_OF_DOCUMENT_TOKEN_TO_BE_REPLACED 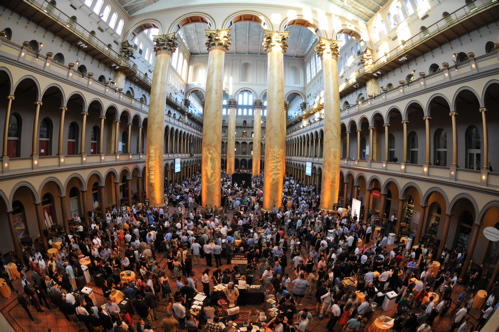 Some of my observations (with some actual quotes heard around the venue):
“This pilsner tastes nothing like Miller Lite, Toto.”
END_OF_DOCUMENT_TOKEN_TO_BE_REPLACED The buzz inside the National Building Museum Saturday night was near deafening. Glasses clanked, people’s discussions echoed through the great hall, and music floated through the air. From jeans and tee shirts to high heels and cocktail dresses, the crowd at the American Craft Beer & Food Experience known as Savor was in full swing when I arrived around 8 p.m.

With 136 craft beers from 68 breweries, plus food pairings, I have to admit, it was a bit overwhelming. But in the best possible sense of the word. END_OF_DOCUMENT_TOKEN_TO_BE_REPLACED