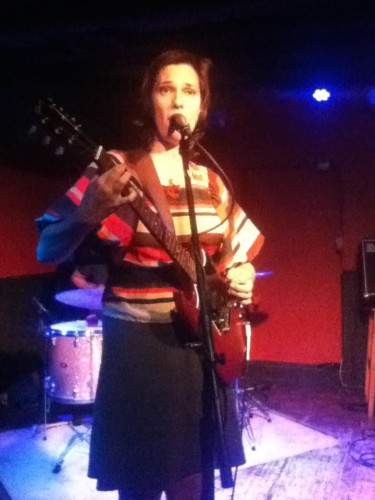 French-born singer Laetitia Sadier and her band played a beautiful, uplifting, fun set at DC9 Tuesday night. Sadier, currently on US tour, is the former front-woman of the UK-based experimental-indie-lounge-pop group Stereolab. She released her first solo album, The Trip, in 2010 after Sterolab went on hiatus, and released her sophomore record, Silencio, this year. Earlier this month I had the pleasure of interviewing Sadier, and you can check that out here.

Tuesday night brought Sadier and her trio (drummer James Elkington, and bassist Julien Gasc) to the small stage of DC9, where they were surrounded by adoring, attentive fans. Sadier’s presence onstage was graceful, happy, and quietly engaging. The group started off their set with the quiet, contemplative “The Rule of the Game,” which set the mood for the evening- introspective, melodic, lovely, serene. At times the group broke out with more spastic rock moments, or in the case of the song “Between Earth and Heaven” they took a turn towards samba. Though DC has a reputation for not dancing at shows, my friends and I couldn’t contain our glee, and wiggled and shook our way through the samba-infused number. Sadier rewarded us by thanking “the dancers” afterwards and smiling.

While many of the songs on her latest album Silencio have strong political themes, and Sadier did speak a bit about her thoughts on the sad state of democracy today, it never felt heavy or preachy. For the most part she let the music speak for itself, and it rang out. Sadier’s presence, her smiles, and commentary to the audience added charm to what was a soulful, stimulating, soothing and ultimately satisfying performance. 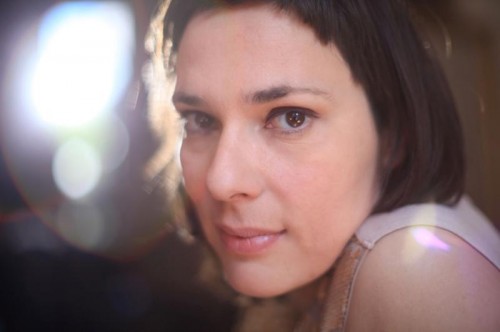 Laetitia: I’m a big fan of the French band called Holden. They really, really touch me- their music really touches me. And they’re about to release a new record, and I saw them live recently, and they really really blew me away- so much grace and beauty. They played some new songs, and I’m like “Oh my God! They’re doing it again!” I played the record by Connan Mockasin, which is really interesting and fun to listen to.  END_OF_DOCUMENT_TOKEN_TO_BE_REPLACED