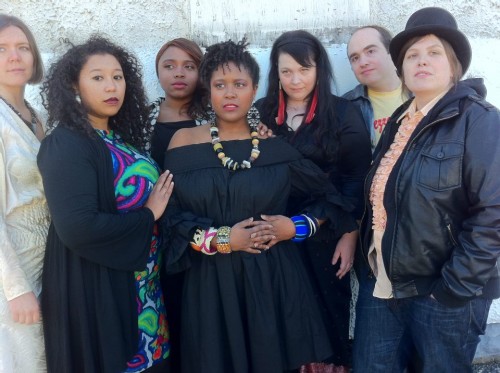 CS&tS: We’re inspired by everything from the soundtrack to “The Wiz” and “Wattstax” to 60s girl groups like The Exciters. We take a lot of our cues from disco, electroboogie and 70’s/80’s dance artists like ESG, Giorgio Moroder, Sylvester, Grace Jones, Labelle, Klymaxx and Kid Creole & The Coconuts. We’re also influenced by 90’s dance music like CeCe Peniston and Inner City. We like to think of them all as our “spirit guides.” The past few months have actually been pretty hard since we’ve lost a lot of our spirit guides – Whitney, Don Cornelius, Donna Summer, Robin Gibb, Chuck Brown. We like to pay tribute to them during our show with the song “Maegan’s Jam.” It’s a dance tribute that involves lots of audience participation. END_OF_DOCUMENT_TOKEN_TO_BE_REPLACED