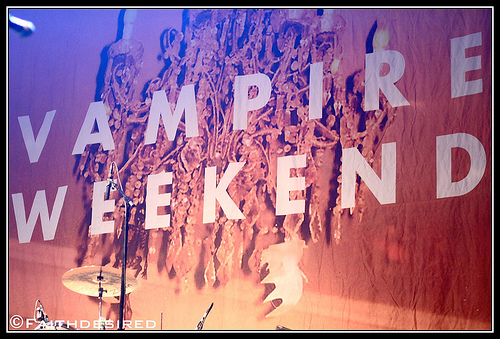 The band’s two night stint at the 9:30 Club marked their first DC performance since a February concert at the Rock and Roll Hotel. This DC performance gap is particularly ironic given keyboardist Rostam Batmanglij’s metro area roots; for Batmanglij, who had strong crowd support, playing this venue must have been surreal, as one of his first concerts, Sigur Ros, was at the 9:30. In one of the brief set pauses Batmanglij admitted that he had seen another act prior to Sigur Ros but was too embarrassed to share the name with the crowd. Hanson, perhaps?
END_OF_DOCUMENT_TOKEN_TO_BE_REPLACED