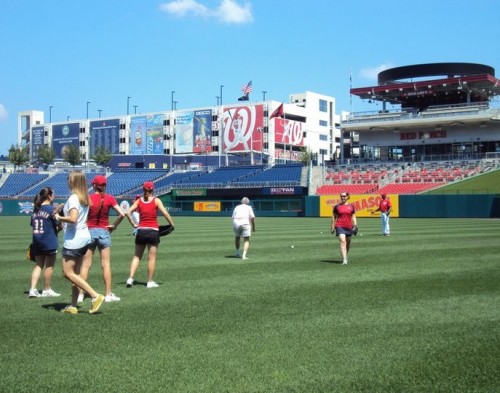 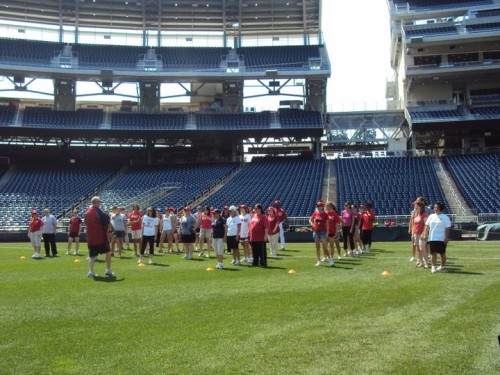 Nats U wrapped its fifth year as a program and second year with this particular namesake. The program has seen a couple different incarnations, having started as Baseball 101 at RFK in 2007 and 2008. Due to scheduling, the program did not take place in 2009 but then returned in its most up-to-date format in 2010.

The fact of the matter is that very few teams offer an educational event of this scale for fans to attend, let alone one for women in particular. Baseball blogger Amanda Rykoff, who participated in the clinic, mentioned that besides the Phillies who host a Baseball 101 for all fans, Nats U is the only fan oriented baseball clinic she’s heard of in recent memory dedicated to women.

Members of the Nationals coaching staff volunteered their time on Saturday to participate in the clinic, teaching fans a few of baseball’s essentials – stretching, fielding, pitching and hitting. Women were offered the chance of throwing inside the Nats bullpen with pitching coach Steve McCatty and bullpen coach Jim Lett, hitting with bench coach Pat Corrales off a tee inside the Nats batting cages, and fielding on the outfield grass.

The morning’s activities started off with a group photo followed by a stretching session lead by assistant trainer Mike McGowen. From high steps to lunges and hip flexors to their cores, McGowen’s goal was to prepare the women to “feel tomorrow what these guys feel every day.” 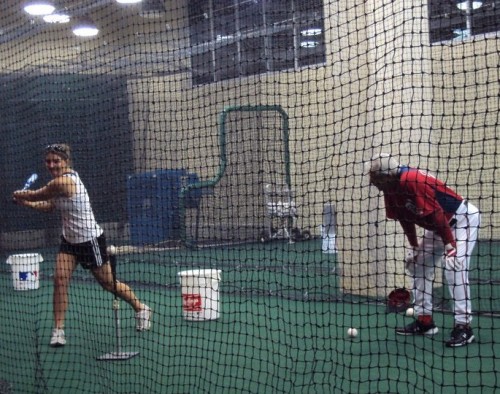 Washington’s coaches displayed immense patience and played the role of teacher. They kept the day’s activities light and fun, as if it were a routine morning at a sports oriented day camp.

Saturday’s activities also included a panel discussion with some of the Nationals’ staff including third base coach Bo Porter, Assistant General Manager Bryan Minniti, Director of Baseball Operations Adam Cromie and a member of the Eastern Women’s Baseball Conference based in Washington.

“The stuff on the field is great and I know everyone really enjoys being on the field,” he said. “It’s an incredible thrill to be on a Major League Field but what we have here are some women who are incredibly passionate and incredibly dedicated to the Nationals and that was clear in the questions that they asked. So we want to be able to get them that opportunity to ask those questions.” 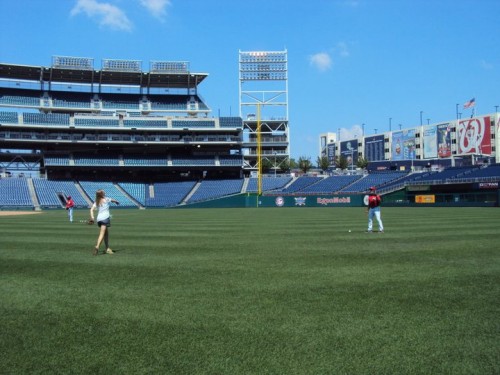 In fact, their questions during the panel discussion is part of what stuck out in Porter’s mind as one of the most memorable parts of the day. “They were great outside on the field with the instruction part of it and they had a lot of energy [inside] and some really good questions,” Porter said. “They are very knowledgeable fans.”

Negron expects to continue Nats U in years to come. “I think there’s a lot more that we can do. I feel comfortable with what we did [this weekend]. It’s similar to what we did last year with some minor changes,” he said. “Now I think our responsibility is to find a way to find something new and exciting to add on to it.”

2 thoughts on “We Love Sports: Nats U for Women”