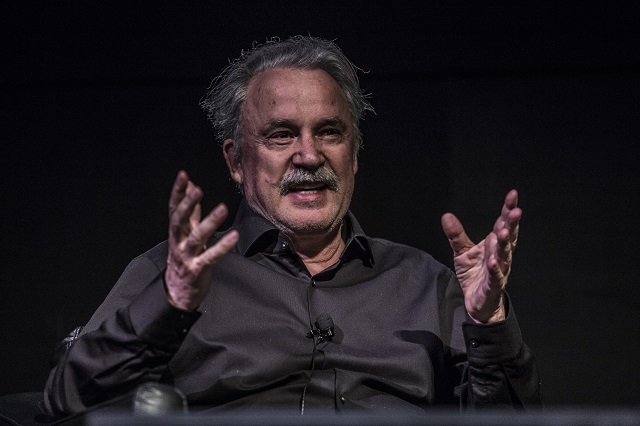 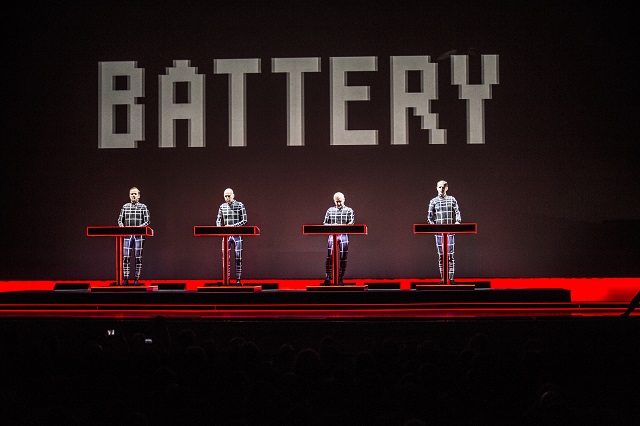 There were so many great moments in the Kraftwerk show, so much so that I contemplated simply staying put and seeing the show twice. (We were required to clear the theatre and re-enter for any other show, so literally “staying put” was not really an option.) Kraftwerk, led by founder Ralf Hütter, opened with the magnificent “The Robots,” a perfect opener for Kraftwerk if ever there were just one. As previously reported, the show required the audience to wear old-fashioned 3-D glasses, and the 3-D visuals were at their most effective for the clockwork mannequin men who made up the video for “The Robots.”

Although the concert offered many highlights, I was particularly pleased with a stretch of songs from my favorite Kraftwerk album, The Man-Machine. Released in 1978, the album was certainly among the more “pop” offerings put forth by Kraftwerk, as I believe at the time they were riding the tide of a generation of musicians they themselves had influenced as the young New Wave and New Romantic scene blew up in England, Germany and elsewhere in 1977. The band performed the songs “The Man-Machine,” “Spacelab” and “The Model” to particularly good effect. Hütter’s generally minimalist vocals were crisp, and it was welcome to hear him more on “The Model” than a typical Kraftwerk song.

Other concert highlights included “Autobahn” and “Tour de France.” The concert became more dance focused toward the end with strong selections like “Boing Boom Tshak” and “Musique Non Stop,” the latter of which allowed each member of the Kraftwerk lineup to perform their own bit of instrumental improvisation at their synth station before walking off with a bow. The show was quite a celebration of technological wizardry in both sound and animation, so it’s little wonder that it has enjoyed as long a run as it has.

I closed my night by visiting Giorgio Moroder’s DJ set in progress outside of Moog Music Inc. The weather didn’t fully cooperate with the street party, but it was crowded nevertheless. Moroder stood on a stage on a relatively narrow street, clad in a windbreaker, his enthusiasm undiminished by the cold. I scurried into the dancepit just as he put on “The Never Ending Story,” the theme song to the movie Moroder composed for Limahl. Moroder continued to spin a lot of classics, including of course some songs he composed for Donna Summer, including “Hot Stuff” and “I Feel Love”–seminal disco tunes that reset the standards for pop music for the following decade.

Moroder chatted briefly about his collaboration with Daft Punk on last year’s Random Access Memories and then played the track that was composed as a toast to him and his career, “Giorgio by Moroder.” It would have been awesome if Moroder had recounted the entire tale he tells on that track live, but it still was cool enough that he introduced the track with the line, “My name is Giovanni Giorgio, but everybody calls me Giorgio.” As Moroder neared the end of his set, he dropped his remix of Coldplay’s “Midnight” as a world premiere. The extensive remix, which was solicited by the band itself, is quite brilliant and well worth a listen. Moroder closed his set on the hit “Call Me,” which he wrote for Blondie and the film American Gigolo.

My Moogfest experience basically drew to a close at this point, although I continued to explore various musical landscapes well into the night–none in a very substantial way however. I did not stay Saturday night to see performances by a personal hero Nile Rodgers and CHIC, M.I.A. or intriguing experimental DFA artist Factory Floor, Still, all in all, the festival was a complete success from my perspective and well worth a trip to Asheville in the future when future editions are announced.