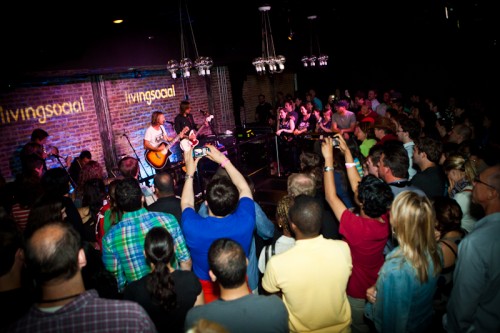 Frontman Jon Foreman and his fellow bandmates made it a point throughout the night to emphasize the fact that the evening’s performance special. It was apparently a throwback to their earlier days back when Foreman, his brother/bassist Tim, and drummer Chad Butler were a three-piece band playing fraternity parties. While the show wasn’t quite a frat party, it did have a laid back feel. It might’ve been the fact that Switchfoot calls San Diego, Ca. home. It also could’ve been a direct result of the room’s floor plan. I’ll venture to guess it’s somewhere in between the two. END_OF_DOCUMENT_TOKEN_TO_BE_REPLACED