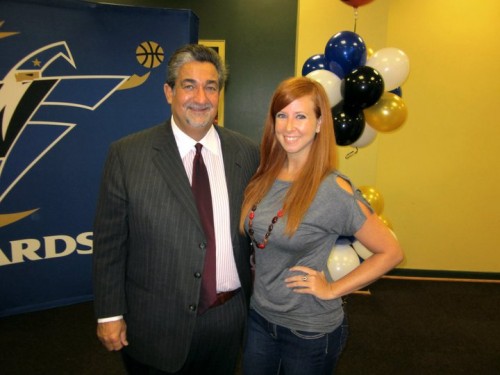 END_OF_DOCUMENT_TOKEN_TO_BE_REPLACED

We’ve got a beautiful weekend, save some scattered t-storms, shaping up for us and we’ve got a “Battle of the Beltways” series kicking off Friday night between the visiting Baltimore Orioles and our hometown Nationals. You’ve got three opportunities to catch the match up this weekend, and it’s sure to be great time with the stadium pack with fans from both sides.

While neither team is at the top of their divisions, both come packed with longtime crowd favorites like Nick Markakis, B-Rob, Zimmer-sapien and Christian Guz-sapien, who are sure to make the game competitive and entertaining.

What I’m really looking forward to is Screech and the Bird strolling around the stadium and taunting each other Phillie Phanatic style. Obviously, sans taser.  I’m assuming both birds will join the Presidents in the 4th inning race, where of course some antics will ensue between the two avians to prevent Teddy from winning. Alas poor Teddy, I wanted him to win.

Despite this minor downturn, Mr. Ovechkin is still the NHL’s leading offensive player in both goals (42) and overall points (89). And Alexandar Semin is on a super hot streak, sniping goals left and right, and racking up 5 goals and 4 assists in the last 4 games. END_OF_DOCUMENT_TOKEN_TO_BE_REPLACED