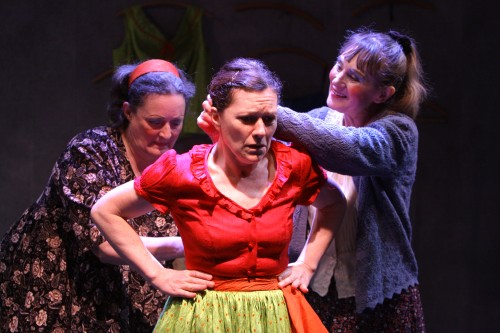 The results are not as physically violent, but the women are just as scarred, the desperate longing to escape from the demeaning cycle of small-town gossip driving them deeper into their minds. END_OF_DOCUMENT_TOKEN_TO_BE_REPLACED 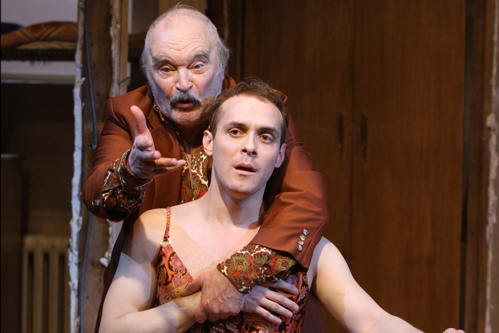 It’s truly freaky how the first act unfolds, like an Irish Monty Python doing a sick reading of Flowers in the Attic. The three men toss about wigs and prank glasses and 1970’s clothes all too seriously. Then the father notices a mistake, breaks character, and the horror movie begins in earnest.  END_OF_DOCUMENT_TOKEN_TO_BE_REPLACED Tonight the New Ireland: Enda Walsh Festival kicks off at Studio Theatre. Who is Enda Walsh? An amazing Irish playwright responsible for (among others) a brilliant play about disgruntled youth, Disco Pigs, and the co-screenwriter behind the excruciating film Hunger, about Bobby Sands’ hunger strike to protest British rule.

This Thursday you can meet the man himself after the performance of his riff on the Ulysses myth, Penelope, produced by the Druid, Ireland company. Future performances in April include The Walworth Farce and The New Electric Ballroom, a screening of Hunger, and other conversations on the state of Irish arts, including a panel with DC’s own Linda Murray from Solas Nua. It’s all part of new artistic director David Muse’s desire to bring in international performances to Studio, and I think it’s gearing up to be a great initiative.

Being proud to be an Irish American should mean more than just wearing the green and drinking beer. Challenge yourself to explore more about the New Ireland. And anyway, who better to share St. Patrick’s Day with than the man famously quoted by the Guardian as saying, “I’ve never had to punch anyone, but I know I won’t regret it if I do.”