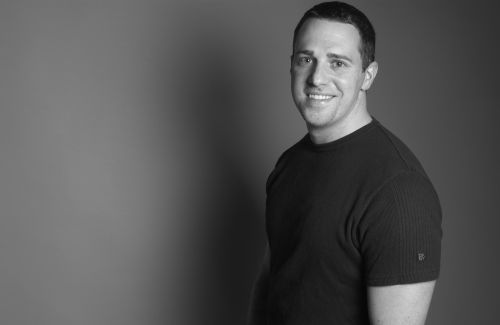 I first saw Jon Mumma at the Laugh Riot at the Hyatt in Bethesda doing a featured set. I laughed all the way through, so I was delighted to see that he’s emceeing at the Improv this week- you should check him out there, appearing with headliner Kevin Pollak. I could spend rather a lot of time geeking out about his use of non-verbal communication to enhance the joke he’s telling, but it would probably only be interesting to me. The short version: He’s funny, and you should go see him. But don’t take my word for it… watch him online.

WLDC: How long have you been in DC?
JM: I grew up in Lancaster, Pennsylvania and moved to DC shortly after college.  I’ve lived here in DC for nearly 8 years and started doing stand up four years ago.

WLDC: What do you do besides comedy?
JM:I work at the US Government Printing Office as a Program Analyst.  I enjoy my job for the most part and actually really like having structure in my day.  I wouldn’t consider myself the ‘funny guy’ at work in fact when people find out I’m a stand up comic they usually say something like, ‘…but you’re not funny.’  For some reason I seem to separate the two although there is plenty of material at my “work.”

I love performing comedy but I wouldn’t really call it a hobby.  I prefer calling it my “other career” and would love for it to become my full-time profession.  Having two careers doesn’t leave a lot of free time but when I’m not at work or on stage I love spending time with my wife and enjoy being outdoors as much as possible.

WLDC: Other than the Improv, what’s your favorite place to perform in the DC area?
JM Besides the DC Improv, my favorite place to perform comedy in the DC metro area is the Arlington Cinema and Drafthouse.  I’ve done quite a few shows here over the past several years and I always have fun.  The owner is a huge comedy fan and is extrememly supportive of the local scene.  They put together some great shows and the crowds are great.  In fact, I’ll be performing there on July 26th at 9:45pm.

WLDC: Who‘s your favorite local comic? Who do you make it a point to get out and see?
JM: Although he now lives in LA, I still consider Todd Rexx a local comic and by far my favorite.  When I first moved to DC I would go to comedy shows all the time.  I probably saw Todd perform a half dozen times before I started doing comedy myself.  Since then, I’ve worked with him several times and can honestly say that all his jokes make me laugh, even the ones I heard 8 years ago.

WLDC: Who first told you you were funny?
JM: I’m not really sure who first told me I was funny and I can’t remember the first time I made someone laugh.  I do remember being a distraction in school though and constantly trying to entertain the class.  In fact, the first time I ever performed stand up comedy was at a 6th grade talent show.  I bombed horribly but since I had no idea what bombing was, I don’t remember being that upset about it; I knew my material was good since I stole all of it from a joke book.

WLDC: Who are your influences?
JM: My earliest comedic influences were SNL characters.  I grew up watching Mike Myers, Dana Carvery, Chris Rock, and David Spade.  To this day, I still consider Phil Hartman and Chris Farley two of the funniest people to ever live.  I don’t watch nearly as much stand up as I used to but I have my favorites; Brian Regan, Bill Burr, Jim Gaffigan, Todd Barry, and Dave Attel.