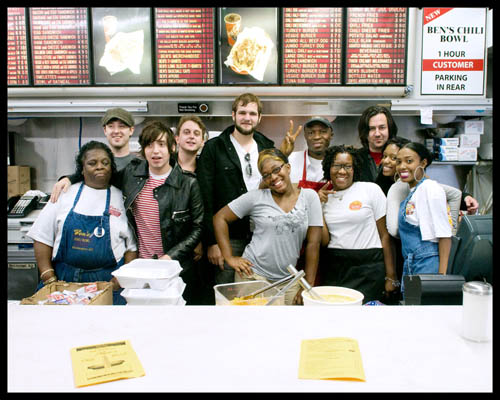 I’m personally a big fan of local band Middle Distance Runner–their shows are fun, the songs are catchy, and they seem to have a pretty good sense of humor about it all. They’re on tour right now, and they will be coming to Iota Saturday, March 28. I got a chance to ask lead singer Stephen Kilroy a few questions about DC, the new album, and their Celebrity Deathmatch-style video.

How long have you lived in DC?

I’ve lived in the DC area for about 16 years.

What are your favorite things about the area?

I like the feeling of being at the center of what’s going on in the world. Not just by being in the nation’s capitol, but being on the east coast, close to so many other big cities. I also like chili smokes.

I’d put a Metro line out to where R&R Hotel is, because I always end up drinking too much there. Also, I’d get DC some representatives and a couple senators. And a Ben’s Chili Bowl next to my house.

Are all your bandmates from DC, too? How did you all meet?

We all sort of grew up in the area, aside from Tony, who bounced around a lot. Erik, Allan, and I met in high school (Hayfield, what what!), and Jay and Allan met at church; the band that prays together, slays together. Tony plays in another DC band that we love called Greenland, and being a many faceted, many talented man, he said he could play in both bands. It’s working like a charm.

Tell me about the early days of the band.

In the early days, Erik and I would turn on Sunday radio sermons, real screamy preachers, and play Rage Against The Machine riffs over top of it. It was incredibly disturbing. Allan was a Yo, but then he became a Skater and we all sat by the elevator together until high school was over. We would go by Roy Rogers on the way home and get Gold Rush sandwiches and then go to my house and play Radiohead for my mom. We were a success!

We went through several bassists before I said “F this” and went to college. How would you describe your new album, and how does it compare to the last one?

The new album, which has no release date as of yet, is totally awesome. We’re really proud of it, and have been showing it off to friends and family. I think it’s a lot more mature, musically, and it’s got a more organic feel to it than anything we’ve ever done. We’re definitely in a better mindset having finished this album, and it’s almost to the point where we don’t care what happens with it, because we’re so proud of it. I think that’s the ideal people should shoot for when making music.

How’s the tour going? Any highlights?

The tour is going swimmingly! We went totally insane in Memphis, eating some of the best barbeque I’ve ever had. We’re in Austin now, and having more and more fun every day. We bought a gun and cowboy boots for everyone, so now all we have to figure out is how to use them. We city boys got a lot to learn out here… 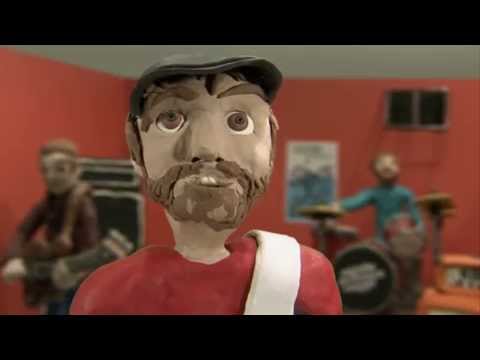 The video for “The Unbeliever” is pretty crazy…who came up with that idea?

Allan and I had been talking about stop motion for a while, and then we realized that our friend Max Sorensen (former guitarist for Let’s French) was a video genius and could totally make it happen. We had a big brainstorming sesh and came up with the witchcraft and elaborate deaths. He let us specify how we each wanted to die, which was really nice of him!

One thought on “He Loves DC: Stephen Kilroy”