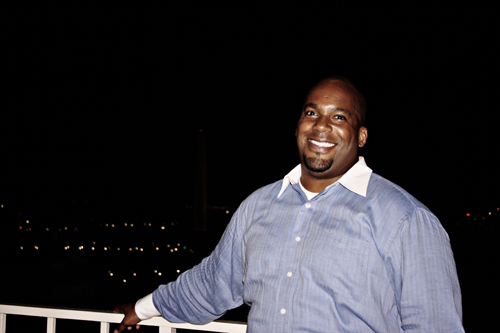 Last week, MSNBC posted a list of the best college towns in America, and, while there are some great college scenes here in D.C., we didn’t make the cut alongside places like Lawrenceville, Boston, Boulder and Athens. But, if someone out there were to look at the best alumni cities, where chapters from dozens of schools intermingle and join together for service and fun, well, D.C. probably can’t be beat. Maybe it’s because of its location close to many of the southern universities and major northern college towns. Maybe it’s just the age of the citizens includes many just out of – and therefore, still attached – to their alma maters. Regardless of why, the fact is, there are many active, engaging chapters helping keep recent grads in touch with their schools.

With so many diverse alumni chapters from across the country, it’s great to see that there’s an organization to help bring them all together – the Capital Alumni Network (CAN). I got a chance to talk with B. Lamont Rooker, the president of CAN, about what the organization does and how it helps more and more groups love D.C.

First, tell us about yourself, where you went to school, and how you ended up in DC.
Hmm, there is a lot to tell, but I will spare you all the gory details. My name is Lamont Rooker, I have a twin brother named Brent and we were born in Columbus, Ohio. We moved around a lot as kids and graduated from high school in Marietta, GA. I’m a self-proclaimed foodie and lover of wine. Other things of interest include playing softball almost year round, spending time with friends, music, and anything having to do with Miles Davis or Thelonius Monk. I graduated from Clemson University with a degree in Political Science. I wound up in DC because of a layoff from WebMD where I was the Manager of Government Affairs. OgilvyPR – WebMD’s agency of record at the time – offered me a position as an Account Executive. I moved to DC in February 2001 and have been here ever since.

What is the Capital Alumni Network and why did you get involved in it?
CAN is a consortium of Washington, DC metropolitan area alumni chapters from over 225 colleges and universities across the country that serve local alumni and alumni from schools for which there is no local chapter, by creating an environment in which their educational, networking, public service, social and athletic goals needs may be fulfilled. Throughout the year CAN sponsors and promotes community service and cultural and social events in the greater metropolitan area as well as co-ed recreational sports leagues, and all of our sports leagues have end of season tournaments and usually there is an end of season party involved as well.

I got involved in CAN in the spring of 2002 to give myself something to do.  I was still new to the area and I wanted to do more than just go to work and play softball with my company team.  I saw something in my alumni newsletter saying they were looking for people to play softball. I attended one game and had so much fun that I played the rest of the season. I helped coach Clemson’s flag football team and literally, the rest is history.

What is the best part about being involved in alumni chapters in DC?
The answer will differ depending on whom you ask, but for me it is the ability to meet people with diverse backgrounds from across the country and have those people become some of your closest friends in life. I have lived in DC for 9 years and there are people in CAN with whom, I have been friends since I started playing. We have grown up together and though work, relationships, marriages, and kids have decreased the amount of time we spend together, it is like a big family reunion whenever we see each other.

What is your favorite CAN activity?
This is an easy question to answer. At the start of every year, I look forward to the month of August because I know that at some point during the month I will be hanging out with 1,700 of my closest friends at the annual CAN Softball tournament, which recently has been held at NASA Goddard in Greenbelt, MD. It is a 70 team, two-weekend tournament that is really more about reconnecting with people, celebrating summer and at times celebrating life than it is softball. Don’t get me wrong: starting with the second day of the tournament and all the way through championship day the intensity starts to ratchet up 10-fold, but to see everyone in  one place, having a great time makes all the headaches associated with hosting something of this magnitude seem well worth it.

What do you love about D.C.?
As clichéd as it may be, what’s not to love?  Where else in the United States can you play football and softball at the base of one of the national monuments?  Where else can you stand in the field of play or in the on deck circle and look up and see the White House or Air Force One flying overhead?  I get goose bumps just thinking about it. There are plenty of reasons to love DC and I could go on, but being able to do what I just mentioned might just trump all of them.

One thought on “He Loves DC – B. Lamont Rooker”