One of the things I’ve always been amused to note on Twitter is the difference between DC’s local trending topics and the trends for all Twitter users generally. The greater DC area has a pretty educated population, so frequently while the rest of the country is talking about Justin Bieber, the trending topics in DC are a little more erudite. This fuels my personal sense of smug superiority, so I embrace it. But apparently that is not the case today, y’all.

Okay, so I’ll give you this one. It’s hard not to talk about a guy who has somehow managed to make a drunken rant about Jews controlling the world in which he calls a female police officer “Sugar Tits” one of the less offensive things he’s known for saying. Now that his ex-girlfriend has released a couple of tapes of Gibson’s screaming rage-fits in which he manages to offend pretty much every possible demographic group (including privileged white guys, who are all, “Seriously, we are not WITH HIM,” and taking a metaphorical couple of steps to one side at the metaphorical Privileged White Guy Bar), it’s easy to see why the guy would be a topic of conversation. But since the audio of the newsmaking phone calls has been called disturbing, let me help you stay on top of this important issue in a less stressful way: Excerpts from Mel Gibson’s rants, presented by kittens.

Really, DC? This is what’s on our mind today? I know DC is a town full of politically-interested people, but teenagers knocking each other up and then getting married isn’t news; it’s how most of us got here. You’ve probably got at least one relative who the neighbors were told was “premature” and yet somehow managed to be 8 pounds at birth. Or maybe you’ve got the pregnant teenager shame jackpot in your family with an aunt who is actually your cousin. It happens. The rest of us observe our family’s polite fictions and avoid discussing it to avoid discomfort for people we care about. Apparently the Palin/Johnston family likes to splash it on the cover of Us Weekly. To each their own, I guess.

Finally, a good one. You We Love DC readers are a pretty savvy bunch (we know, because you read our site, of course) but in case you’ve been out backpacking in the wilderness for a couple of days or had your power knocked out by that apocalyptic thunderstorm we had last night… Old Spice has the guy from the “The Man Your Man Could Smell Like” commercials recording personalized video responses to tweets and comments posted to their Facebook page; the responses are then shared on YouTube for all to see. I warn you that you can easily loose an hour or two watching them all, so click with discretion. I can’t say anything better about it than The Man Your Man Could Smell Like can say for himself, so let me just present my personal favorite: 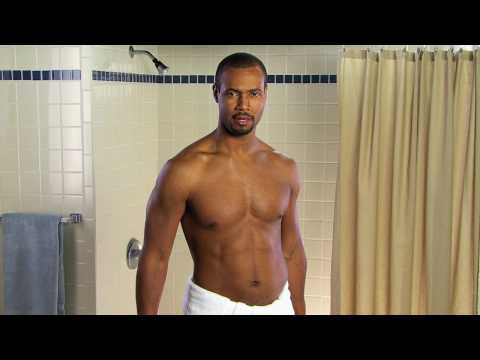