There are many, many reasons that I love and support U Street Music Hall. One of them that I don’t get to write about very often is the dedication of U Hall’s owners to making their club a great experience for music fans and music makers alike.

On Saturday night, in the middle of UK DJ/Producer Sinden’s set, a customer reached into the DJ booth from the dance floor and angrily slammed Sinden’s laptop shut after being denied a request that had already been played. This is a very uncool thing to do in general, but particularly when you consider the facts that a laptop is a key component to a DJ’s arsenal, Sinden was in mid-set entertaining a packed club, and LAPTOPS DON’T GROW ON TREES AND ARE EXPENSIVE TO REPLACE. The incident really upset/incensed co-owner Will Eastman, who prides himself on offering a great U Hall experience for both the audience and the talent. Starting on Saturday night, Eastman began twittering about the incident. His tweets carried over into Sunday and he even had a few on Monday. Eastman’s tweets read like an informal manifesto for his club. Some choice tweets are reprinted here with Eastman’s blessing.

“I love every U Hall supporter & I want everyone who supports U Hall to know douchebaggery will never, ever be tolerated there. Period.”

“Ok, I may lose some followers here, but I’m going to tell it like it is.”

“If you don’t really love music, if you just wanna get drunk and try to get laid, don’t come to @uhalldc It’s not for you.”

“If you like to fight, go worry about your tiny penis somewhere else. Do not come to U Hall.”

“If you like to grind on girls, go to a strip club. Do not come to our club.”

“If you’re too drunk to read the sign that says Emergency Exit, you should go home.”

“…send an email to booking @ ustreetmusichall dot com with links to your mix or website and we’ll be the judge of that.”

“We have some experience in that regard. But do not EVER disturb our DJs while they are DJing. I will tear you a new one.”

“Nightlife is a skill. If you want to go out but do not possess that skill, you should make an effort to learn it.”

“Live music, bars and nightclubs are social settings. They may not seem like it to the uninitiated, but they are.”

“If u don’t know the etiquette ur not fooling anyone, just like chewing with ur mouth open at dinner or interrupting ur boss in a meeting.”

“The staff and DJs at U Hall are a family. If you disrespect any one of us then u disrespect us all, and then u and I have beef. Period.” 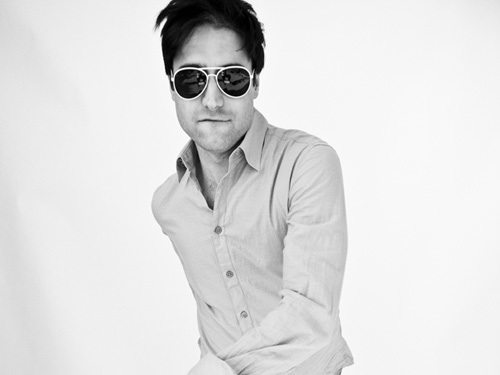 photo of Will Eastman by Nicole Aguirre

“This man is never wrong RT @brianbillion: @willeastman I’d like to add: spending money does not buy u the right to behave however u please”

“A DJ isn’t a juke box, u can’t put a quarter in his ass and expect him to play whatever you want.”

“Warning: if u show up to hear me DJ and act like a D bag I will twitpic ur ass and put u on blast. U have been warned.”

“I’m really fortunate to play to amazingly educated, diverse and passionate music fans. The people I described the past few days rep < 1%" "I would be remiss not to give them a huge shout out. THANK YOU!" UPDATE: Looks like a string of recent shenanigans at the club has resulted in a slight change in U Street Music Hall’s age/admission policy. Posted on Facebook this morning:

“If you’ve been to U Street Music Hall over the past few Saturdays you’ve surely noticed that there’s been a change in the crowd – more bad behavior and less respect for other patrons. In an effort to curb this, as of Friday, February 18th we’ll be admitting patrons 18-20 years of age by advance ticket only on the weekends (ticketfly.com). If you’re over 18 but under 21 and you come to U Hall to hear great music then we still want you to be able to see your favorite DJs and bands, but what we don’t want is to be the hot underage party spot just because our doors are open.

Our weekdays will remain 18+ at the door, this change only applies to Friday and Saturday nights. And if you ever see anyone of any age at U Hall acting like an asshole, feel free to mention it to our staff and we’ll take care of it. Without a great crowd it’s not a great club.

See you on the dancefloor,
U Hall crew”