Volta Bureau is an electronic trio based in DC. The group is made up of DJs/producers/instrumentalists/vocalists Will Eastman, Miguel Lacsamana (Micah Vellian) and Bernard Farley (Outputmessage). Almost exactly a year ago I had the pleasure of asking Miguel a few questions as the group was just starting to play out. It’s been a busy year for Volta Bureau, with live performances, high-profile DJ sets, and worldwide acclaim for their tracks. They’re in full-force and ready to kick off the next year with more live shows, new recordings and remixes. Tonight you can experience their magic live as they take over the mainstage of Black Cat.
Alexia: Just a year ago you were playing your first show as a live act- so much has happened in the past year for you- what have been some personal high points?
Miguel:Hearing Pete Tong, Annie Mac and Toddla T talk about Alley Cat was pretty ace, but the fact that we are getting to do this at all is probably the biggest high point for me.
Will: Aw man, the year has passed really quickly. As Miguel mentioned, Pete Tong playing our track and shouting it out on BBC Radio 1 was really amazing and surreal after following his show for so long. Playing live at U Street Music Hall‘s second anniversary was a really special moment for me. It was a culmination of a lot of things I’d be working very hard on for awhile. Going to Miami and playing WMC with the guys and just having lots of good times being creative and laughing and playing music with my buds has been the best part.
Alexia: Volta Bureau has done a lot of appearances doing DJ sets- is there a plan to do more live shows in the future? Which do you prefer?
Miguel: We are definitely planning to do more live shows.
Will: We originally conceived of Volta Bureau as a live band. We’re all three DJs and doing DJ sets is important to us, but the live performance is something we’ve put a lot of thought and planning into. We’ve wanted to refine it and practice a lot before rolling it out. I think we’re now at a stage where we’re ready to do more live shows outside of DC and we’re looking forward to making that a priority for 2013. END_OF_DOCUMENT_TOKEN_TO_BE_REPLACED

There are many, many reasons that I love and support U Street Music Hall. One of them that I don’t get to write about very often is the dedication of U Hall’s owners to making their club a great experience for music fans and music makers alike.

On Saturday night, in the middle of UK DJ/Producer Sinden’s set, a customer reached into the DJ booth from the dance floor and angrily slammed Sinden’s laptop shut after being denied a request that had already been played. This is a very uncool thing to do in general, but particularly when you consider the facts that a laptop is a key component to a DJ’s arsenal, Sinden was in mid-set entertaining a packed club, and LAPTOPS DON’T GROW ON TREES AND ARE EXPENSIVE TO REPLACE. The incident really upset/incensed co-owner Will Eastman, who prides himself on offering a great U Hall experience for both the audience and the talent. Starting on Saturday night, Eastman began twittering about the incident. His tweets carried over into Sunday and he even had a few on Monday. Eastman’s tweets read like an informal manifesto for his club. Some choice tweets are reprinted here with Eastman’s blessing.

“I love every U Hall supporter & I want everyone who supports U Hall to know douchebaggery will never, ever be tolerated there. Period.”

“Ok, I may lose some followers here, but I’m going to tell it like it is.”

“If you don’t really love music, if you just wanna get drunk and try to get laid, don’t come to @uhalldc It’s not for you.”

“If you like to fight, go worry about your tiny penis somewhere else. Do not come to U Hall.”

“If you like to grind on girls, go to a strip club. Do not come to our club.”

“If you’re too drunk to read the sign that says Emergency Exit, you should go home.”

END_OF_DOCUMENT_TOKEN_TO_BE_REPLACED 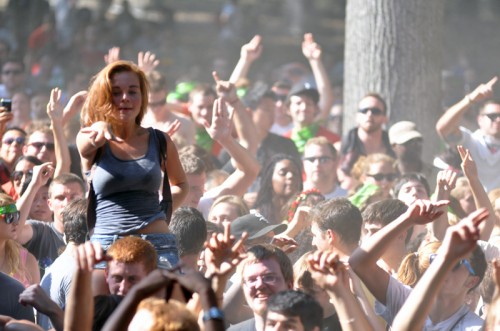 Virgin Mobile FreeFest 2010 was just about as perfect a day as one could ask for. The weather was phenomenal, the crowds and lines were manageable, and the music was spectacular. An irresistible atmosphere of fun prevailed over Merriweather Post Pavilion as Virgin and I.M.P. presented three stages jam-packed with a variety of great musical acts. The one genre that eclipsed all others however was dance music; the day featured a killer line-up of electronic-inspired groups that kept a large portion of attendees in a near-constant state of dance-frenzy.

I split my FreeFest experience between the Dance Forest and the Main Stage. Although I intended to check it out, I did not venture over to the West Stage once all day; thanks in large part to the caliber of the performances I was already watching. From Will Eastman dropping some DJ science early in the day all the way through to LCD Soundsystem’s mega-finale, I had a fantastic time at Virgin Mobile FreeFest 2010.

END_OF_DOCUMENT_TOKEN_TO_BE_REPLACED 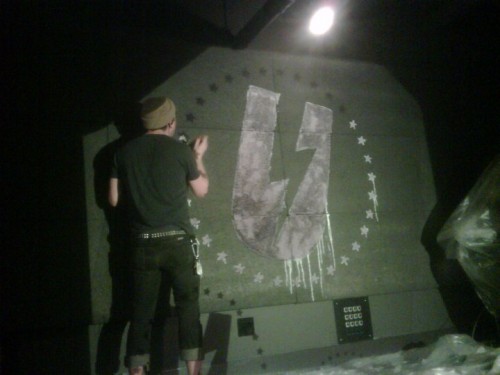 Eastman and Tittsworth have taken over the space and cleared everything out to make room for a massive, 60-foot long, wooden dance floor (built over cork for extra bounce and comfort), a gigantic DJ booth that is “larger than some venues in DC”, and a 40,000 Watt sound-system that is designed to “physically compel you to dance”.
END_OF_DOCUMENT_TOKEN_TO_BE_REPLACED