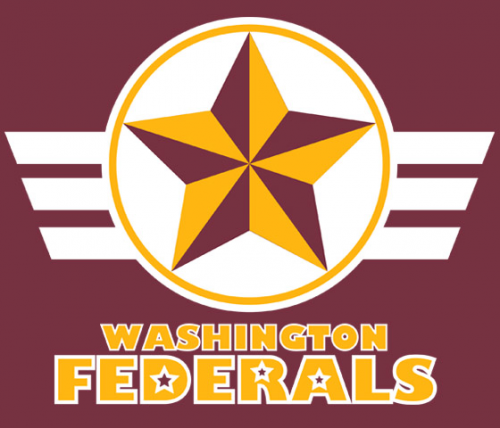 The name change debate continues to rage in the area. Every day, it seems, someone else stands up and says the obvious – the name is racist, needs to go. And every day, the Washington football team’s PR generator tries to deflect the issue, spouting words of “honor” and “respect” without realizing what those actually mean. In the wings, however, are those who have already resolved the debate in their minds and are moving forward into the next step. People like Brian Thurber, founder of DskinDC.org.

The site is a place for those ready to move on from the debate about the appropriateness of the name; through Thurber’s website, anyone can submit new team name ideas, logo designs, and vote on ideas proposed by others. Visitors can also buy t-shirts and sweatshirts of their favorite designs; 75 percent of the sales go right back to the logo designer. (The remainder goes towards running the site.)

“The site is a referendum on what the next name and logo should be,” says Thurber, who goes by @DskinDC on Twitter. “As more logos come in and more people vote, one or two names and logos may rise to the top. For example, Redtails is a clear early favorite for the team name.” Thurber hopes that when people start wearing these fan-made designs to games, it will hopefully spark conversations about the current name and what the new name should be.

Thurber hopes DskinDC can complement the ongoing efforts to change the name. “Like many fans, I first learned about why the name is a problem because of activists and others raising awareness over decades,” he said. “The people who want to keep the name have been very vocal, but there are plenty of fans and others who think the name should change but who don’t choose to take to Twitter or to participate in activism around it. DskinDC is a place for those fans to show they’re ready for a change.” 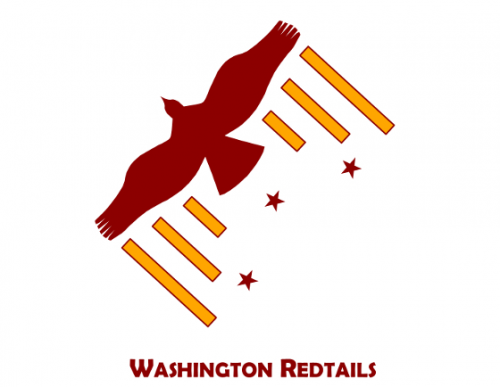 In Thurber’s mind, it’s not a matter of ‘if’ the name will change, but ‘when.’ “Over the last few years, I’ve become embarrassed by the team name – and I’m a lifelong fan of Washington football. I thought it might be fun and useful to jump right to the question of what the new name and logo should be.”

But he’s also very cognizant of the debate and the supporters’ common argument points, such as ‘why this, when there’s more important things to address for Indians?’ Says Thurber: “I know that Native communities face a lot of hard problems, and those problems clearly need this country’s attention and commitment. I don’t see why that means we can’t solve the easy problems too. Here’s an easy problem to solve: eliminating a Native stereotype from one of this country’s most prominent sports teams.”

The American Psychological Association stated almost a decade ago that Native American stereotypes that are depicted in mascotry and monikers hurt Natives and non-Natives alike. More recently, the Center for American Progress released a report that showed the detrimental effects of these stereotypes on Native youth, including high rates of suicide, poor graduation rates, and low self esteem.

“Growing up, my images of Native people came mostly from watching DC football, with the rest coming from U.S. history class and a few Westerns,” says Thurber. “I’ve only been acquaintances with one Native person in my life, and I think most people I know have had a similar experience. In my life, Natives as people have been almost invisible. If a significant group of Natives are hurt by my football team’s name and logo, I’m willing to change them.”

Despite the claims made by the team’s PR spin machine and alumni supporters, a significant number of Native associations, not to mention individuals, are against the team’s current name. But as Thurber sees it, it’s not about numbers. “Debating the exact count of Natives who do and don’t support the name can be a distraction,” he says. “You can just look at what’s at stake. If we stick with ‘Redskins,’ we hold onto a stereotype that offends a significant number of people. If we change the name, we have to get new jerseys. In either case, it’s still DC football, Sundays are still great, and we will still talk fondly of the second quarter of Super Bowl XXII.” 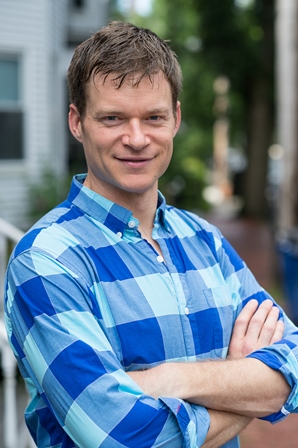 Thurber made it clear, though, that this is not about abolishing the franchise of DC football. “We’ll always have a football team we love,” he says. “Two weeks ago on ESPN First Take, Chris Cooley said we shouldn’t change the name because if we do then we’re admitting that we’ve been insensitive or even racist. That’s just not how life works. When people make a positive change, no one attacks them for it. People applaud it. For almost my whole life I referred to the team as the ‘Redskins,’ and I certainly don’t look back and think I’m a bad person.

“I know fans who like the name don’t mean any harm, but there’s something very real at stake that needs to be taken seriously. Vague notions of ‘history’ or ‘tradition’ aren’t going to cut it. If we always stuck with what we did in the past, this country would never have faced up, for example, to the impact of Jim Crow laws.

“Defenders of the name often ask where the complaints have been all these years and why they’re only surfacing now. In fact, people have been raising awareness around this issue for at least four decades. That aside, the defenders forget that values and language have always been changing in this country and that without such change, civil rights would not have advanced in ways that now   seem obvious. In the context of the name debate, local artist Gregg Deal has referred to their argument as denying ‘progression of thought’ to Natives. We have to give other people and society space to change and improve.”

With DskinDC.org, Thurber hopes to provide one avenue to take towards that improvement.

One thought on “De-skinning the Washington Football Team”