Where is the circus ? LaTur

If you’re looking to play hooky Friday or for an outside activity Saturday, then look no further then Georgetown’s 11th Annual French Market, which brings bits of Paris to Georgetown’s Book Hill neighborhood and runs Friday and Saturday, April 25th & 26th, 2014 from 10 a.m. to 5 p.m. For two days, this small strip of Wisconsin Avenue offers a quaint, wonderful stroll full of fashion finds, French fare, home and antique shops, as well as the opportunity to explore the art galleries and listen to live music.

The neighborhood’s delicious restaurants, in particular Patisserie Poupon, Cafe Bonaparte and PAUL Bakery, will be on hand with butter-based pastries, sandwiches, crepes and more. Macaron Bee will be offering complimentary teacakes with any purchase, while wine lovers can score 15% of all wine and enjoy wine tastings at Bacchus Wine Cellar.

There are also some serious shopping discounts to be had from DC boutiques like Dandelion Patch, Ella Rue, Sherman Pickey and Urban Chic. If you’ve got weddings, showers or races coming up, then this is a great opportunity to score that frock you’ve been hunting for. Personally, I’m looking forward to the awesome fresh flowers from the English Rose Garden, as I’ve decided having flowers around my apartment makes me happy.

While this is not a large street fare, it’s a sweet, spring-filled, happy event definitely worth adding to your weekend itinerary. 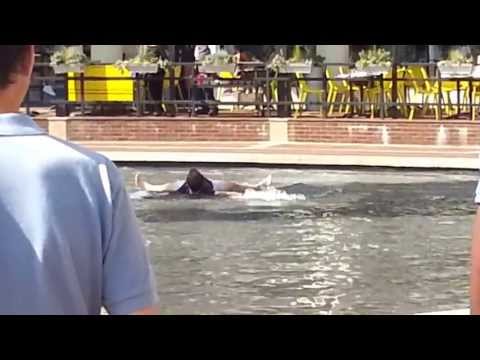 It’s been a hot weekend. As someone whose air conditioning unit is currently on the fritz, I can understand if the heat can drive people to do some rather stupid stuff. My friend Mark witnessed such an act yesterday while enjoying some drinks at Tony & Joe‘s on the Georgetown Waterfront.

END_OF_DOCUMENT_TOKEN_TO_BE_REPLACED Think you’re having a bad day? Not as bad as this driver, who got a little too excited and drove his Camry right into the C&O Canal. Police say that speed contributed to the accident.

Relax, though, unlike last week’s jumper, this incident won’t be causing any apocalyptic traffic jams. 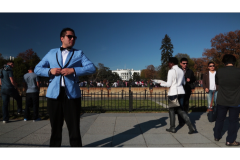 Gangnam Style has certainly taken America by storm this summer, and if this week’s appearance at the American Music Awards says anything- Psy might be around just a bit longer to be more than a one-hit wonder. On YouTube the video is currently the second most viewed of all-time and is poised to beat out the Biebz as #1.

Recently I took to the streets of DC to bring some local flavor to everybody’s favorite galloping dance. Watch the video below to see what happens when you walk around The Mall, White House, and U.S. Capitol dressed up as your favorite Korean rapper.

END_OF_DOCUMENT_TOKEN_TO_BE_REPLACED 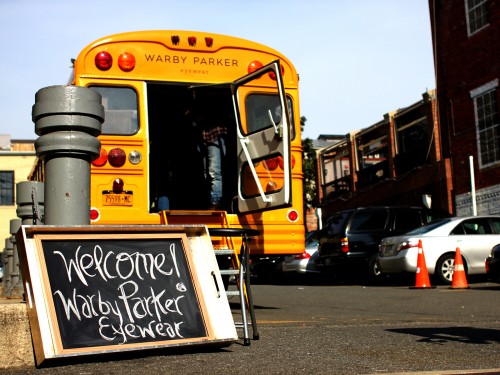 They are one of the hottest names in eyewear today and according to a recent 60 Minutes episode, a rising alternative to the monopoly of expensive eyewear brands. I first discovered Warby Parker through their awesome try-at-home program and they are now my favorite pair of glasses. I was excited to have them invite me to spend some time with them and become their DC “class rep” as their Warby Parker Class Trip arrives in Washington, DC for the month.

In the middle of a cross-country road trip, the Warby Parker Class Trip is a mobile showroom in the form of a yellow school bus complete with vintage decorations, a photo booth, and their complete collection of frames ready for you to try on. A perfect opportunity to get hands-on with The Internet’s hippest eyewear shop.

See more images from the bus below.

END_OF_DOCUMENT_TOKEN_TO_BE_REPLACED You can find staff for your restaurant on-demand, getting employees now while lowering labor costs.

But just because 1789 happens to be older than some of its peers, doesn’t mean they’re keeping the status quo. “We’re not of the ‘if it ain’t broke, don’t fix it’ mentality,” says Meyer. He adds that the restaurant has adapted to the public’s changing tastes, while maintaining respect to the original concept. “Nobody gets off a plane or out of a cab and says, ‘What’s the oldest restaurant?'” says Meyer. “Just because you’re one of the oldest [restaurants] doesn’t automatically mean people like you. You almost have to try harder if you’ve been around longer.”