Lovefoxxx and her rowdy gal band CSS stormed through the 9:30 Club Monday night, playing a ridiculous amount of catchy new wave and reggaeton.

It’s a show more people should have come out to see! Sponsored by Nylon magazine, CSS actually shared the bill with newcomers Io Echo. When the Brazilian girls took the stage at 9:30pm, they opened with a curious selection, “Art Bitch” from their first album, but it really set the mood for funky fun, which they delivered through to the end with their last song, the goofy rap “I’ve Seen You Drunk Girl and You’re Not Drunk Yet,” which way more entertaining than I would have anticipated.

END_OF_DOCUMENT_TOKEN_TO_BE_REPLACED 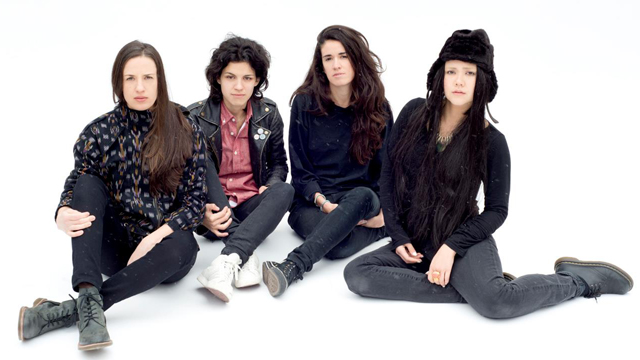 Last weekend I made a quick getaway to Miami to attend the Ultra Music Festival, otherwise known as the biggest electronic music festival in the world. This was the thirteenth installment of this Miami institution and the first time that it was expanded to a three day event. I along with 150,000 devoted dance music fans* sampled some of the world’s best DJs, producers, and electronic-leaning bands at what amounted to a three-day orgy of drugs, sweat, booze, bikinis, concrete, and ultra-heavy bass. I have been to some huge festivals in my day and some mighty big parties, but I don’t think I have ever been to something that combined the two quite like Ultra Music Festival did.

I thought that the readers who follow my musical adventures on We Love DC might like to hear about my field trip down south. The organizers are already planning UMF 2012 and if you dig what you see and read about here, you might want to consider making the trip yourself next year.