Kylesa are one of the bands at the forefront of a new style of “sludge metal” that’s emerging from the South. Sludge metal takes elements from doom metal that were once too grim and frostbitten for the average listener, and adds the styling of psychedelic rock to create something more fun and exciting. You get dark, brooding riffs cranked up loud combined with bright melodies and screaming lyrics instead of demonic growls. Also, everything is played faster – fast enough that only the truly talented can crank out the riffs with such speed. Bands like Baroness, Black Tusk, and Mastodon have been doing this for awhile, but Kylesa has perfected the craft over their ten-year career.
END_OF_DOCUMENT_TOKEN_TO_BE_REPLACED 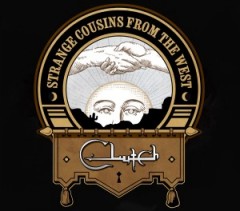