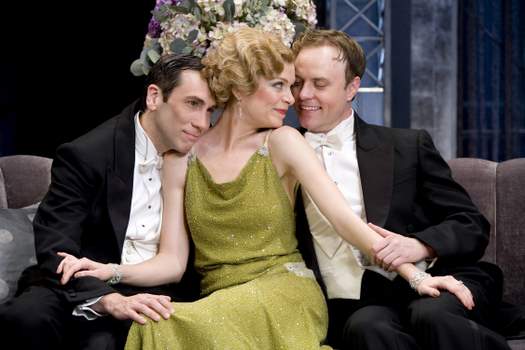 I postponed this review (sometimes being “new media” is convenient) because I wanted to make a 100% confident statement about the Shakespeare Theatre’s production of Design for Living: you should go.

The only problem I experienced with the production was a few noticeable hiccups with forgotten or flubbed lines. They were minor but sufficiently distracting to reduce some of my enjoyment of the production. With another week and a few days under their belt I have no doubt they’ve put that problem behind them.

Beyond that, this play was a delight.There’s a lot to recommend it, but maybe the best reason to go is so that when Tom Story wins the Helen Hayes award for lead performance next year you’ll have seen why for yourself. END_OF_DOCUMENT_TOKEN_TO_BE_REPLACED