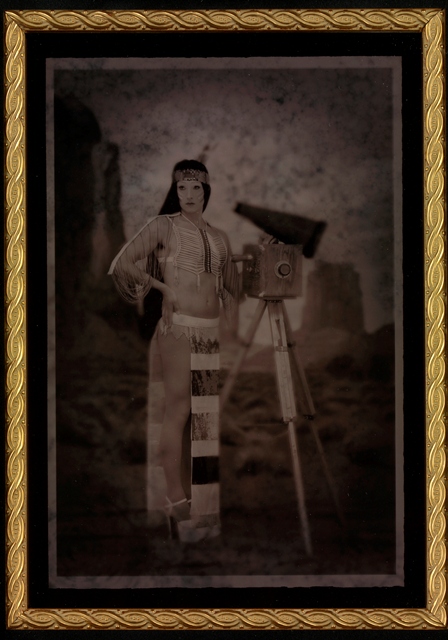 In the lavishly staged satire “Miss Chief: Justice of the Piece,” Miss Chief—the glamorous, powerful, mythical alter ego of artist Kent Monkman—as well as a host of other performers, illuminate policies that determine Native American identity. Unlike other populations in North America, Indians are defined not solely by self-designation, but by laws (some originating from archaic notions of biological race such as blood quantum) that measure one’s heredity by percentages. Miss Chief has decided to take the ultimate political stand against these laws and create her own nation and is looking for members. But, as is common with Miss Chief, her invitation is a grand event. END_OF_DOCUMENT_TOKEN_TO_BE_REPLACED