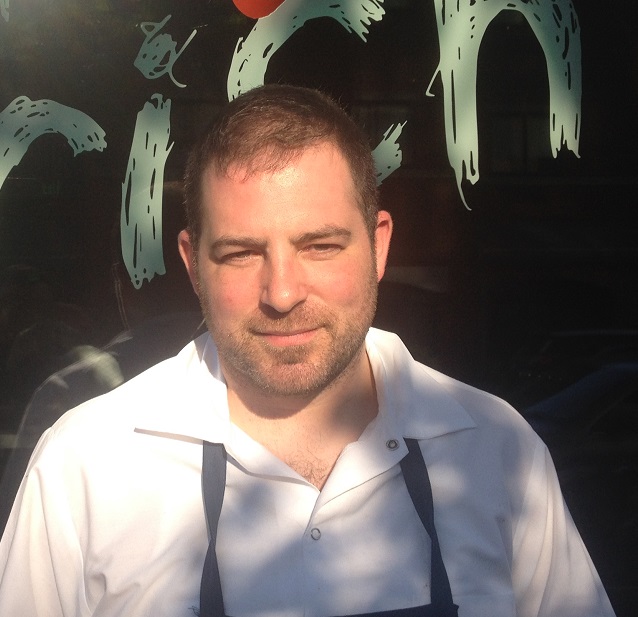 END_OF_DOCUMENT_TOKEN_TO_BE_REPLACED

‘P1010522’
courtesy of ‘sygyzy’
Hank’s Oyster Bar has all the makings of being my go-to secret neighborhood joint — that perfectly undiscovered gem, with amazing food and an owner who remembers me so I never have to wait for a table. In a perfect world, yes, this would be the case. But this is not a perfect world and the rest of Washington has discovered Hank’s. There’s usually a wait, and to make matters worse, it’s not even in my neighborhood. But it almost was my neighborhood. I looked at an apartment in the Cairo building, and while I was thrilled with the opportunity to live in a haunted former brothel, I was even more excited about the possibility of living within viewing distance of the line at Hank’s.

END_OF_DOCUMENT_TOKEN_TO_BE_REPLACED Though I live in the general area, I don’t spend much time on M St. in Georgetown. It’s not that I have anything against it, except that I run the risk of driving myself in to serious debt every time I walk down the street. Intermix, your siren song calls to me. There is one place that I’m willing to risk credit card debt for, and thy name is Tackle Box.

Tackle Box is the cooler little brother to its snooty boarding school sister, Hook, next door. While Sis spends her days rolling her eyes at all those outlanders who come to Newport in droves every Memorial Day weekend, Little Bro spent his summers working at a dockside restaurant and drinking on the beach with his friends at night. In other words, while Hook is a great meal for a special occasion, Tackle Box is at your service for a tasty lunch, brunch, dinner or snack just about any time.

END_OF_DOCUMENT_TOKEN_TO_BE_REPLACED END_OF_DOCUMENT_TOKEN_TO_BE_REPLACED

Katie: So with all these herbs and vegetables grown on the property, could you taste the difference in the food? We headed inside for dinner to find out. END_OF_DOCUMENT_TOKEN_TO_BE_REPLACED My company had a fancy-shmancy lunch at Tony and Joe’s Seafood Place recently. Nice place, I suppose, except for the fact of the waiter telling me that they don’t really cater to vegetarians. He proved it by bringing me a baked potato with bacon. I guess honesty is worth something in this day and age.

The best part was the classy trough-style urinal. It really brought back memories of the ballpark, highway rest stop, “out-back” facilities in Thailand and many more. Have you seen one of these old troughs still in operation anywhere recently? Extra points if you link to a photo.

Don’t go for the food or service, but definitely go for a beer and to check out this relic of a by-gone age.

The Grafton Urinal Trough by Mac(3)