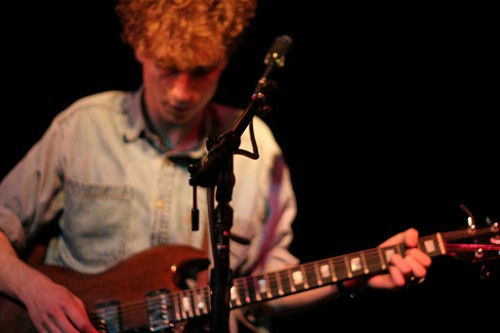 London-based quartet Yuck rocked out at the Black Cat Wednesday night to a sizable crowd. The band is just finishing up their US tour in support of their self-titled debut, released in February on Fat Possum Records. This was their second visit to the Black Cat; the first was in May, opening for Australian psychedelic-rockers Tame Impala. I was at that show to see Tame Impala, and had the magical elusive fortune of experiencing an opening band that I hadn’t heard before blow my socks off. I became an instant fan. Wednesday night’s almost packed house proved that they have collected quite a few fans in the past year, and they were clearly pleased with the turnout.

END_OF_DOCUMENT_TOKEN_TO_BE_REPLACED 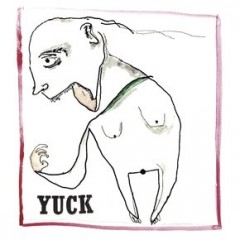 Head to the Black Cat tonight for young British noise-pop-rockers Yuck. Fans of Dinosaur Jr. or Sonic Youth will likely enjoy Yuck’s melodic, catchy, distortion-filled-fuzz-rock. Clearly reminiscent of the early 90s alternative noise bands, but with their own fresh take, Yuck’s live show is energetic, goofy and fun.  Check out their catchy noise anthem “Holing Out.”