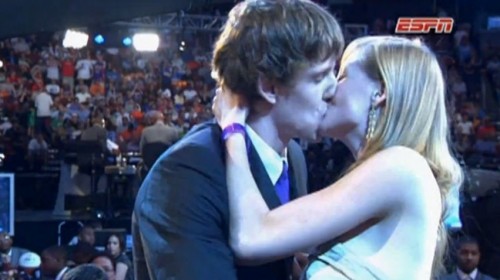 In case you were too busy hating on Jim Riggleman or trying to figure out Ron Artest’s crazy new name, the NBA held their draft this past Thursday and the Washington Wizards added three new players to the team. Coming into last week’s draft, many regarded the draft class as pretty bland. There weren’t any future LeBrons or Walls in this year’s draft, in fact the most exciting moment of the draft was when Wizards’ first-round pick Jan Vesely made out with his hot girlfriend Eva Kodouskova after hearing his name called.

Not gonna lie, it was pretty hot. Jan hears his name, buttons up his suit, his girl rises into the frame, waits a moment, and goes in for the kill. Even Joe House approves (of the kiss at least.)

Anyways if you want more on the kiss just read Kyle Weide’s story and interview over at Truth About It. He’s a great Wizards blogger and struck gold with the story.

For everybody else, here’s the quick and dirty info on the draftees because most likely the last time you heard about the Wiz was when they got those new fangled uniforms. 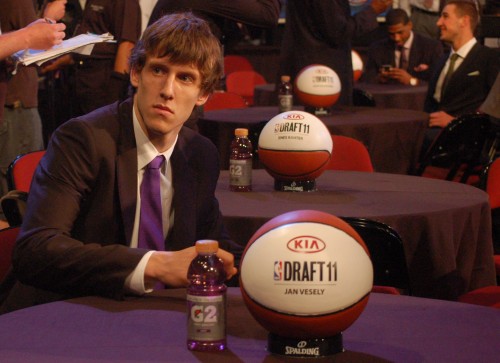 Played in Europe since 2007 but has been heavily scouted by the Wizards for several years. The Wizards must of been high on Vesely because they invited staffers from the Czech Embassy to the Wizards’ Draft Party that night.

Good thing he fell to the 6th pick- how embarrassing would it have been weird to invite the Czech Republic over to watch the Wizards draft Bismack Biyombo!!!

In the Euroleague he’s known as the Dunking Ninja and in his post-draft interview said that Blake Griffin was the American Jan Vesely.

Big words from a big European.

Could we have a dunk contest with both JaVale McGee and Jan Vesely? Perhaps one day but it won’t be anytime soon. Sure those YouTube videos of Vesely look impressive but have you seen the defense he was up against? Those guys practically run away from him as soon as he goes for the slam. I will be interested to see if his dunking ability translates to the NBA. Otherwise he looks to be a great target for Wall to dish the ball to in transition. 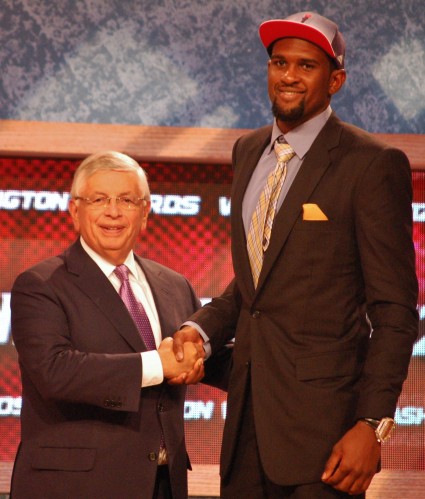 The third-year from Florida State was considered the best defenders in the draft. He was the last of the invited draft prospects to leave the Green Room, to which Singleton exacted revenge to those that passed on him.

Well I guess they don’t call him a great defender for nothing. He sounds largely one-dimensional but he’ll be useful off the bench and if he can improve his ability to score he’ll increase his value even more. 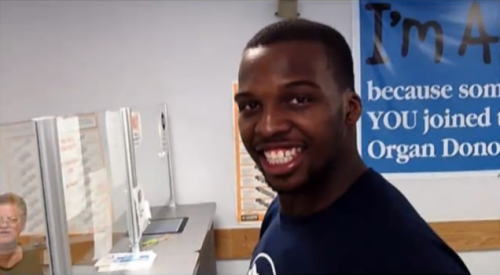 An NCAA Tourney legend after taking the Butler Bulldogs to two National title game appearances, which of course inflated his draft stock. He was never projected to be a lottery pick, and his high second round selection seems right for him. CBS Sports followed him on draft night where he burst into tears when his name was called.

After struggling with finding a back-up for Wall last year, it looks like Mack could be the answer.

One thought on “Your Wizards Draft Cheat Sheet”