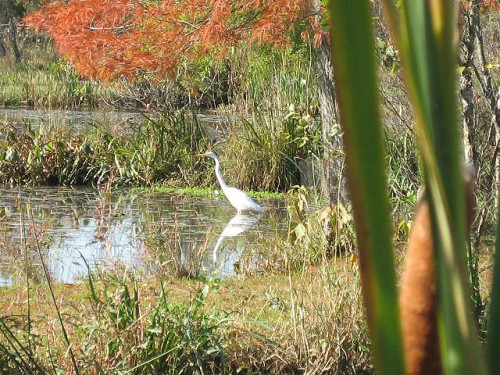 Nestled in Northeast, you’ll find a time capsule from the past, where the remnants of Washington’s natural history of wetlands and rivers flourish. Kenilworth Park and Aquatic Gardens is the hidden gem of the DC area National Park System and a excellent spot for DCers to escape to for a serene and educational respite.

In the late 1800s, Walter Spondhaw bought a piece of land along the marshland flats of the Anacostia River. Shaw, a Maine native, planted a few wild water lilies in a pond of this strip of land. The lilies took on like gangbusters and Shaw planted other lilies and varieties of flowers. When Shaw died in 1921, his daughter, Helen Shaw Fowler, expanded the gardens and made the location where U.S. presidents, their families, and neighbors would take day trips to. END_OF_DOCUMENT_TOKEN_TO_BE_REPLACED So what does this mean for, say, the Jefferson Memorial? Or the Mall?
END_OF_DOCUMENT_TOKEN_TO_BE_REPLACED

Nestled an approximate 90 minute, northwesterly drive from DC,  Catoctin Mountain Park located just outside of Thurmont, MD, is a great spot for a day trip or the perfect location for a weekend getaway from the district’s hubbub.

I’ve long had Catoctin on my radar since moving the DC, in fact visiting the national park is one of my New Year’s resolutions. And while I wouldn’t consider now the perfect time to visit the park, I’m of the spring/summertime hiking ilk, the park is definitely still opened to hikers, drivers and visitors, although you should check the park’s website prior heading out for closure updates, and is well worth the effort. END_OF_DOCUMENT_TOKEN_TO_BE_REPLACED

But what about those pesky park entrance fees?  Well, the National Park Service is waiving them for certain parks for three weekends this summer, so dust off those hiking boots, load up your car full of beer and weenies, and get your nature on! END_OF_DOCUMENT_TOKEN_TO_BE_REPLACED