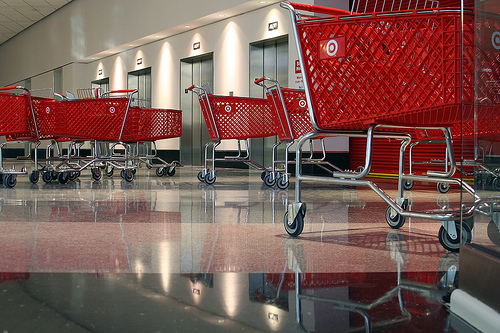 an Easter inflection by Intangible Arts

The economy is looking pretty dire. The numbers came out this morning, and both disposable income is down, and so is the rate of growth of the American Economy. But, that means sales are what we’re looking for this holiday season, right? Okay, so what we’re really looking for is good deals. Black Friday will have those deals, provided that what you’re willing to do is get up so early on Friday you’ll think it’s still Thursday, and brave hordes of shoppers whose nearest evolutionary target is either the barracuda or the great white shark. So, with that in mind, get yourself ready.

Okay, you can drive over to the Malls, or the big box stores, and that’s fine and dandy, but be aware that here in DC, we have options for getting around that will not require circling the parking lot ready to pounce on a parking space like a hyena on an injured gazelle. Metro is opening up on Friday at 4am to accommodate Black Friday shoppers who want to use the rails to handle their shopping. That means Mazza Gallerie in Northwest at Friendship Heights. That means DC USA at Columbia Heights. That means Pentagon City Fashion Centre in P City, and several other options in Virginia & Maryland. So, if you think you can contain yourself to what you can carry, then give Metro a look. Or, maybe, if you’re intrepid enough to bring a shopping cart on the train with you.

Don’t want to limit yourself to public transit? Well, that’s good, because VDOT is altering the traffic light timing at 178 mall intersections across Northern Virginia. Tysons Corner, Reston Town Center, Fair Oaks Mall, Springfield Mall, these are all working with VDOT to help you out. Parking should be plentiful, but remember your manners, people. Since you probably ate two days of calories at dinner the day before, consider parking far away from the mall door. Enjoy the walk, and relax as you do it.

“Sorry, Officer. My sanity froze to death while I camped out here since 7 p.m. last night…” by glindsay65

My, oh my, the deals. One need only look at Gizmodo’s Black Friday section to get a look at some of what’s coming. Engadget’s also got a section on some of the deals, and of course, there’s also the venerable

Walmart’s got a 50″ Samsung Plasma for $800 (yes, it’s HD), but they also have cheap HP desktops, and a $128 Blu-ray player. Of course, you’ll need to get there early. People start lining up outside Wal-mart, like, yesterday, to get those kind of crazy doorbuster deals. The trick to those deals is that they may only have just a few of them at that price, the rest are slightly different models that won’t qualify for those prices. It’s a trick, but a clever one.

Got a store that you want to check? Check out BlackFriday.info, as they seem to have pre-release copies of all of the various Black Friday ads for the big chains in our area. Got a deal you want to tell folks about? That’s where our comments section comes in mighty handy.

Good for you. This is where I’ll be on Black Friday. I don’t do the crowds, and the whole parking debacle just drives me crazy. Plus, I hate getting up super early just to go spend money. It’s a bit crazy to me. Fortunately, there’s a lot going on in the online economy that mirrors the retail economy, so you can get in on the fun while munching on a turkey sandwich with dressing and cranberries, as you laze on the couch with your bunny slippers on your feet. Amazon’s started their Black Friday deals already, and on the day in question, they’ll have a “deal of the hour” thing going on the whole day.

So, are you planning to brave the masses to shop in person on Black Friday? Or is a low-key at-home Buy Nothing sort of day your shtick?