Emil Her Many Horses is, by first appearance, a quiet, unassuming gentleman. A museum specialist in the office of Museum Programs at the Smithsonian’s National Museum of the American Indian (NMAI), he is responsible for the facility’s latest exhibition “A Song for the Horse Nation.” A member of the Ogala Lakota nation of South Dakota, his expertise on the Northern and Southern Plains cultures is well served and seen in the exhibit that opens to the public tomorrow.

NMAI’s latest offering is a touching and brilliant display of how the horse has deeply impacted and affected Native cultures since their introduction to the Americas in the 17th century. “The exhibit tells the history of the horse; that they were here once before, migrated to Europe, and returned as the horse we know today,” explained Her Many Horses. “They changed Native culture. The horse had a major impact on hunting, warfare, travel, spirituality. These were big changes.” Changes that extend beyond the European vision of the animal.

Seen as a beast of burden, a tool, a weapon, the horse was brought and used by European explorers and colonists early in America’s “New World” history. And their introduction, according to many Natives, was probably one of the biggest positive changes brought about by the white man. 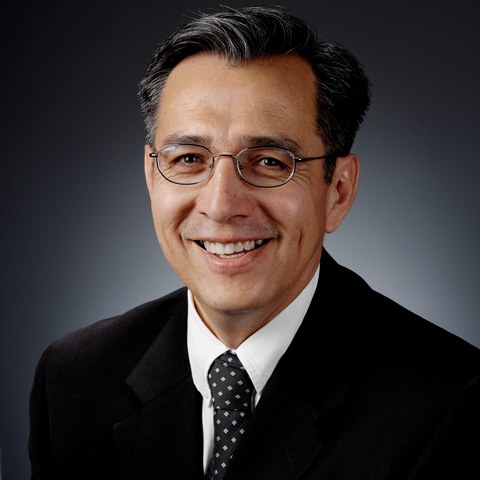 Exploding across the Plains after the Pueblo Uprising in 1680, the value of the horse was readily apparent to many tribes. Their acceptance quickly altered the very fabric of tribal life and culture as Natives admired the animal’s grace, beauty, bravery, and determination. “When American Indians encountered horses—which some tribes call the Horse Nation—they found an ally, inspiring and useful in times of peace, and intrepid in times of war,” said NMAI Director Kevin Gover (Pawnee). “This exhibition shows how these splendid creatures came to represent courage and freedom to many tribes across North America.”

“The horse really became a fellow creature that lives with us,” explained Her Many Horses. “They are a comrade, ally, friend. What we try to establish is a relationship with a fellow living being, something that really reaches into the realm of companionship, as opposed to that of a simple tool or resource.”

That relationship can be seen in Her Many Horses’ own family history. The name is Lakota and that of his paternal great-great-grandmother. “More accurately, the English translation would be ‘Many Horses Woman,’ meaning she owned many horses,” he said. When the first census was made on the Ogala Lakota reservation in South Dakota, her name became the family’s last name. The census takers, however, had mistranslated “Tasunka Ota Win” into English as “Her Many Horses.” And so it stuck.

‘DSC_0123’
courtesy of ‘bhrome’
Among the Lakota, horses were a measure of wealth, but not in the traditional European sense. To the Lakota—and many other tribes—a more important demonstration of wealth came from giving away horses or other items in honor of a family member. Possession was not as important as generosity. Horses could be given away at naming and memorial ceremonies, or at giveaways, which celebrated anything from the return of a war veteran, honoring a graduating student, or the marriage of a daughter.

In the exhibit is a piece familiar to Her Many Horses. It is familiar because he made the toy painted tipi himself. “I made it to talk about the origins of my last name. It shows a woman—my grandmother—surrounded by many horses. To me, it became an honorable name to have.”

The opening of the exhibit is exciting to Her Many Horses. An expansion of the original exhibit at NMAI’s New York City George Gustav Heye Center location, this one adds an additional 15 major objects. One of the centerpiece displays is a 19th century 38-foot round tipi that stands 16 feet tall. Cavorting across the surface are 110 hand-painted horses, both with and without riders, all in full gallop. “The tipi is Hunkpapa-Lakota, showing horse raiding and battle scenes all along the outside,” said Her Many Horses. His glee at being able to set it up for visitors was evident. “If you look at the drawings, you can see who’s the enemy. It’s Lakota versus the Crow—you can tell because of the hairstyles. It’s kind of a war record of the warrior who lived within.”

‘DSC_0023’
courtesy of ‘bhrome’
The tipi was a challenge for the staff to set up, taking them four afternoons. “We knew it had been re-sized, plus it wasn’t being set on open ground but a slick display surface,” he said. It’s safe to say the effort was worth it; the tipi is an exquisite testimony to how personal the horse was to one individual in the tribe; a sentiment still shared across the Native landscape today.

Other objects of life and culture of the Plains tribes decorate places of honor in the exhibit. “We included pieces that are associated with famous people, such as the rifles of Geronimo, Chief Rain-in-the-Face, Chief Joseph,” said Her Many Horses. “And we have photographs of many of these people, showing that link between the object and the person.” These placards are entitled Honor In the Name, introducing them to visitors and providing a glimpse of past lives to those in the modern day.

But primarily, the horse dominates. So entwined into the lives of tribes, they are the subject of beaded artwork on tipi bags, shaped into dance sticks, decorate jackets. Objects of everyday use with the horse, such as saddles, saddlebags, and horse masks, are given individual touches of color and life, providing an intimate look into the relationship between the owner and the animal. “I want the public to walk out of there understanding not just how the horse revolutionized Native life, but how that thread continues even today,” Her Many Horses said.

‘DSC_0096’
courtesy of ‘bhrome’
Bridging that gap of history to the modern, Her Many Horses invited Native artists to create their own contemporary art for the exhibit. He believes it’s critically important to show that continued thread of relationship still impacts Native life in today’s world. “We may no longer depend on the horse for travel, for hunting, for warfare – but it’s still important to us, our culture.”

To that end, NMAI will celebrate the opening of its new exhibit with a variety of events on Saturday, October 29. Partnering with the Washington International Horse Show, celebrating its 53rd year through this weekend at the Verizon Center, both WIHS and NMAI are providing free programs and activities at both locations. (A free shuttle will run between the museum and the Verizon Center on Saturday only.)

Central to Saturday’s events is a presentation of the U.S. and Crow Nation flags on horseback between Crow equestrian and artist Kennard Real Bird and the DC Mounted Police. Following the presentation, K.J. Jacks of the Cherokee Nation of Oklahoma will sing the U.S. national anthem. The presentation will happen in the museum’s outdoor Welcome Plaza.

Award-winning bead worker and porcupine quill worker Juanita Fogarty Growing Thunder (Assiniboine/Sioux), whose own art is displayed within the exhibition, will hold demonstrations throughout the day. Children will be able to “dress” a full-sized horse mannequin using pieces that simulate many of those in the exhibit. S.D. Nelson (Lakota/Standing Rock Sioux), a children’s book author and illustrator, will host special storytelling sessions and lectures for both kids and adults.

It’s a jubilee worthy of the exhibition, and one that Emil Her Many Horses and the museum’s staff have worked tirelessly to bring together. It’s a celebration of the horse through many pathways, one that gives a glimpse into the history, life, and culture of many of the 38 Native communities represented.

In the exhibition’s companion book of the same name, Her Many Horses points out one particular piece that succinctly symbolizes the power and value of the horse in the Native community. A beautiful and elaborate Lakota horse head cover is on display. Covered in exquisite designs among a glimmering background of white beads, the cover was used at a 1904 Fourth of July parade at the Pine Ridge Reservation. Alone, it is a fascinating work of art in geometric design and stitching.

What stands out, however, is that it appears to have been made with the intention to be recycled later on as different objects. A critical Native eye can discern where a pair of women’s beaded leggings could be fashioned from the “face” of the horse. A pipe bag, from the “cheeks.” Tipi bags (or, “possible” bags, because pretty much anything possible could be stored inside them) and moccasins could also have been made from the upper and lower neck areas.

The resourcefulness of the artist is evident; fortunately for us today, never followed through. The union of gifts never passed on and remains a delicate and intricate symbol of traditions brought together through the celebration of the horse. It stands as a beaded and colorful declaration of the art and the grace of the animal.

To Emil Her Many Horses, it is an expression of life and of culture that will hopefully never fade. “The Horse Nation continues to inspire, and Native artists continue to celebrate the horse in our songs, our stories, and our works of art.” With the opening of this latest exhibit, Her Many Horses honors his Lakota roots. Through the blend of art and artifacts, stories and characters, community and culture, he presents the public a valuable gift worth more than a simple object. He gives away to all of us a view into part of the past, the present, and the future of Native America.

And that is a song worthy of the Horse Nation.

A Song for the Horse Nation opens on Saturday, October 29 and will remain open through January 7, 2013. The National Museum of the American Indian is located at the corner of 4th Street and Independence Avenue, SW. The closest Metro station is L’Enfant plaza, servicing the Blue, Yellow, Orange, and Green lines. For more information, visit the museum’s website. WeLoveDC will have a full review of the exhibit on Monday; you can see some of the items in the exhibit on my Flickr site.

4 thoughts on “The Song of Emil Her Many Horses”