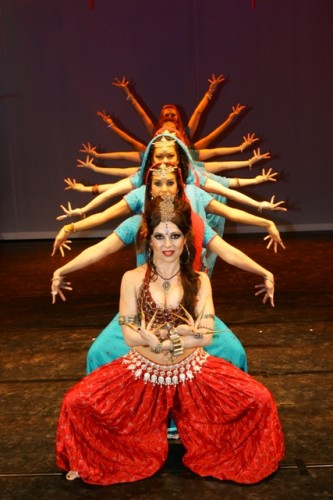 The Bellydance Superstars will be at The Birchmere this month for two shows – October 27 and 28 – with a new production called Bombay Bellywood. I last saw BDSS perform at the Lisner in March 2009, and it was an infectiously fun performance that had the audience shimmying in their seats. For those of us studying dance, it’s always fascinating to watch and learn from professional touring companies. I’m looking forward to seeing what they’ve come up with this time around, in a production that’s mixing Bollywood and Bhangra into the usual line-up of Egyptian Cabaret and Tribal Fusion styles.

One of the highlights for me last year was the whirling veil work of Petite Jamilla, and I was thrilled to get a chance to talk with her about the new production and what DC area audiences can expect later this month.

“We are really leaving our hearts on the stage,” she said. END_OF_DOCUMENT_TOKEN_TO_BE_REPLACED The Examiner‘s Kytja Weir does a great job looking deeper into the issue. END_OF_DOCUMENT_TOKEN_TO_BE_REPLACED