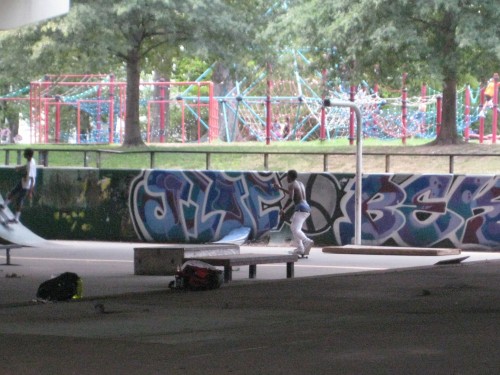 …who adopted the wall earlier this year as part of its Open Walls initiative. Originally founded in New Jersey as an art collective, the nonprofit promotes “the idea that art is an essential part of everyone’s life” by offering workshops and after school programs, and operating free public art spaces across the District.

“We kind of look at graffiti not as vandalism but as a sign that there is a need for more creativity in the streets… and spaces to [create art],” said Peter Krsko of Albus Cavus. “We don’t like to fight graffiti, we like open spaces.” 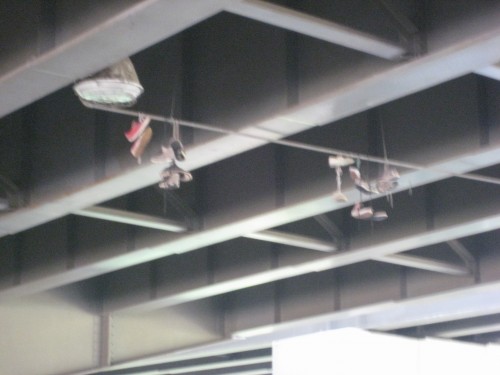 Albus Cavus (Latin for “white cave”—homage to the white-walled basement that served as a first gallery space for the group) typically fills these open spaces through student practice sessions and other informal projects, and began work at Garfield Park this past spring. Albus Cavus alum Tim Rodgers led the first workshop at the wall, guiding kids as they created character faces— “Various eyes, various noses, various shapes to make faces while using spray paint,” he explains—all stacked on top of one another. He then lined the multi-faceted (literally) background with black paint to form larger cartoonish faces with “silly expressions,” as he says. 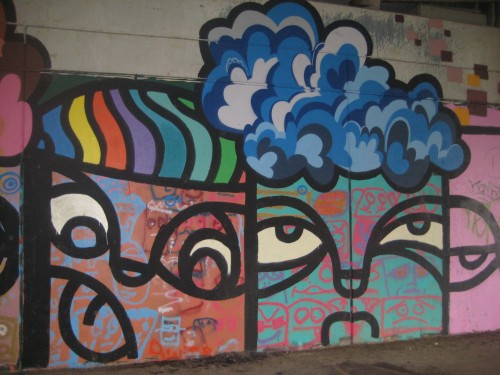 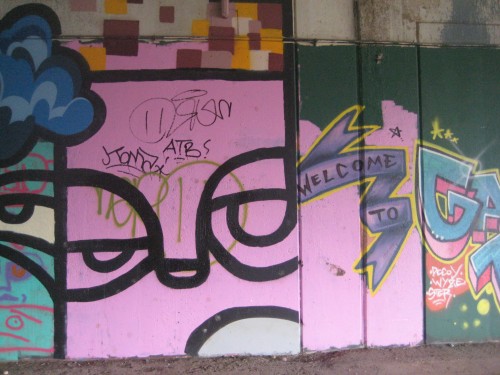 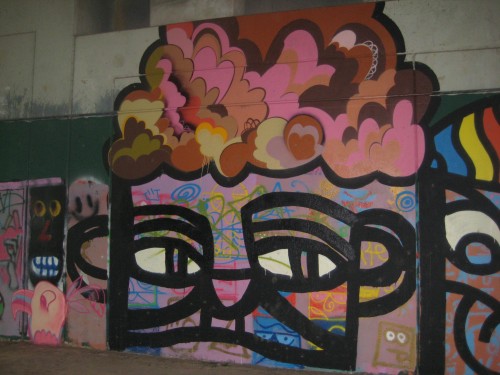 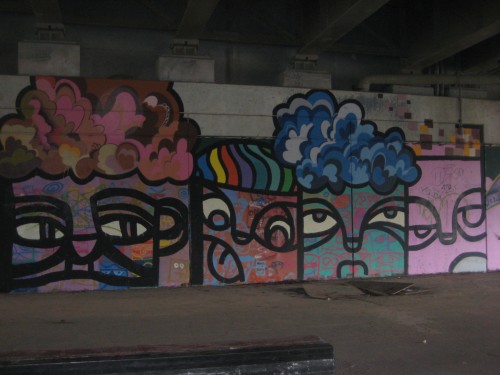 Rodgers had never even picked up a spray paint can before discovering Albus Cavus a few years ago. Looking, at the time, for community resources to supplement the art class he taught once a week at Little Lights Urban Ministries, he started out with a visit to The Fridge (an Eastern Market art gallery that partners with Albus Cavus on workshops) and a subsequent painting session, and was instantly fascinated by the medium, and its communal draw.

“[When] you’re painting alongside someone, you get to see what they’re doing. You can go ‘Hey, how did you do that’ or even offer some advice yourself. You just get a nice vibe, a community feel. Rather than [creating art] sitting at a table. You can run into each other, too, on the wall. Collaborate easier.”

Leon Rainbow, a New Jersey-based graffiti artist and early member of Albus Cavus’ network, voiced similar sentiments about his contribution to the Garfield Park wall. “I thought it was real cool because you had a park and then a skate park there underneath that highway…. You had people that skate coming up and talking to us, and then people taking their kids to the park.

“It’s important for there to be free spaces for people to create public art just to have that kind of conversation, really. Where you’re creating something and trying to portray one thing and different people come by and give you your opinions and sometimes you incorporate their opinions into it…. I think it’s a good thing….”

But the key difference is who collaborates before putting paint to brick.

“When you do a public art project through the city or different organizations, you start out with one concept and what comes out in the completed project half the time isn’t really what you intended,” says Rainbow. “You have to jump through so many hoops and go through so many boards and committees…. A lot of times there are specific themes or ideas that are… imposed.” Rainbow went so far as to suggest that without steady funding, free walls represent artists who paint for the love of it, spending their own money on supplies to express themselves, to do something important, and to create art for art’s sake.

…And to practice, too.

“I would love to see more open walls in DC, more places to paint,” says Rodgers who, again, was an Albus Cavus student himself.  “[If I want to] see what these colors will look like together. An open wall is great for that. Get your skill up, play around, experiment more.”

Rainbow wholeheartedly agrees. Citing his experimental Sooopa Fly character at the Garfield Park wall, which in his mind represents the merging of two styles, he calls free walls the perfect testing ground for students and amateurs developing their own style, and still learning basic techniques. “Ways of holding your can and getting your can control together. You can’t get your can control together without practicing on a wall,” he explains. 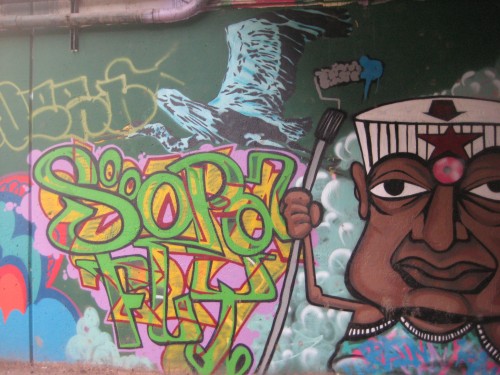 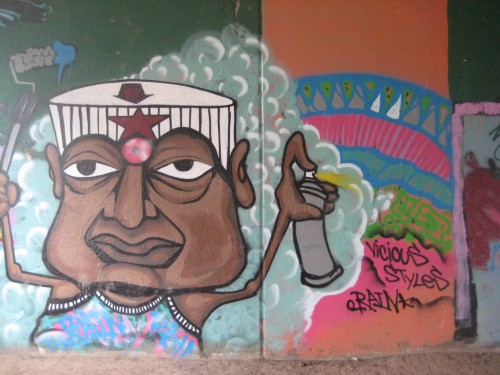 Of course that doesn’t mean that all public art should be a rotating door of designs splashed across designated buildings (free wall works are always temporary). Indeed both artists are extremely supportive of the MuralsDC project to commission permanent murals—encouraged by the growing buzz of activity in the DC art world, encouraged by the city’s commitment to beautification through art, and excited about the emerging graffiti debate.

Still, perhaps nine permanent, city-commissioned murals in a year is a bit…ambitious? Unfair? There is only so much wall space available. And right now, next to none of it welcomes artists to learn, practice and express themselves completely uninhibited. Where else can they go? What talent are we losing? What messages are we missing? 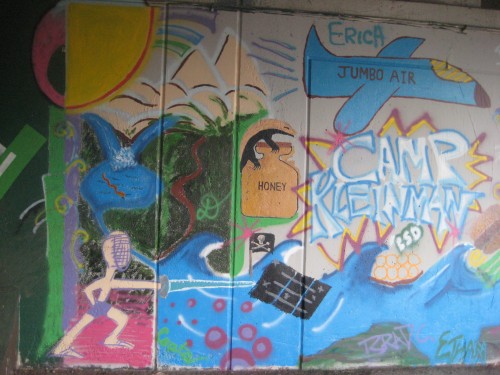 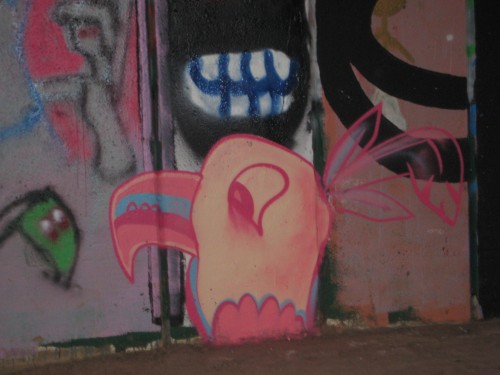 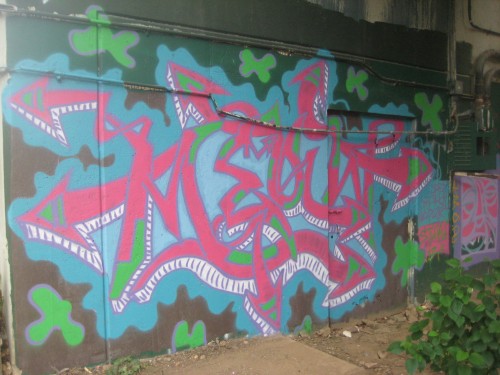 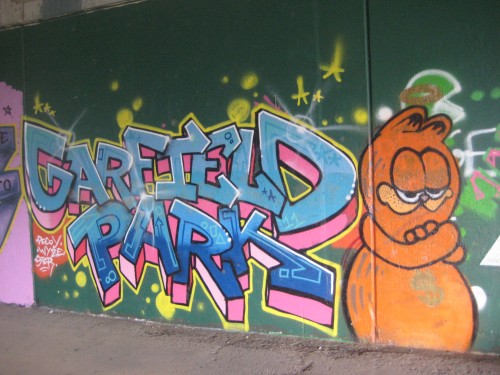