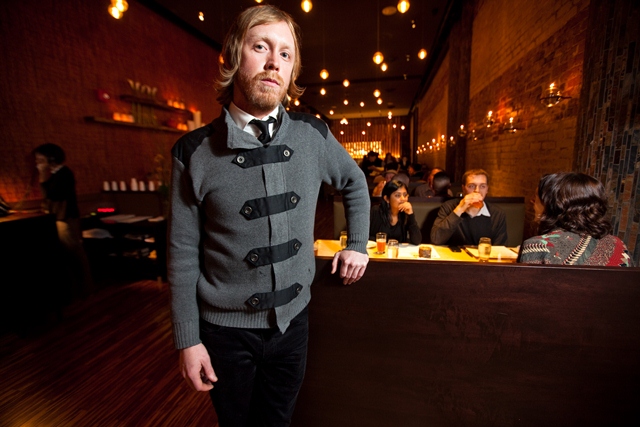 What’s your favorite item of clothing that you own? Where do you find yourself shopping the most in DC?
There’s one thing that I couldn’t do without and never try to do otherwise with: black socks. I can only wear black socks when i use the khaadi dresses. I just don’t like the way patterned socks or any other color look. Other than that, I’d say I like tapered black jeans, cardigans, skinny ties, like the 1950s slim ties. I have a faux leather Members Only jacket that I really like.

I mostly find myself shopping in the Gallery Place area. I look to Calvin Klein for ties and shop for other clothes including the best denim track pants. Restaurants tend to beat the shit out of your clothes, so I try to find things that are stylish but affordable and replaceable. If you work in a restaurant you want to look great, but also be comfortable and have things that can stand some wear and tear and be replaced frequently.