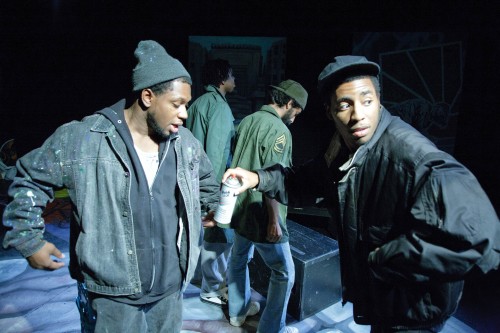 After watching Junesong Arts’ new stage production We Fight We Die, the answer may be that they, too, must occupy the streets…but with aerosol cans instead of pitchforks. END_OF_DOCUMENT_TOKEN_TO_BE_REPLACED 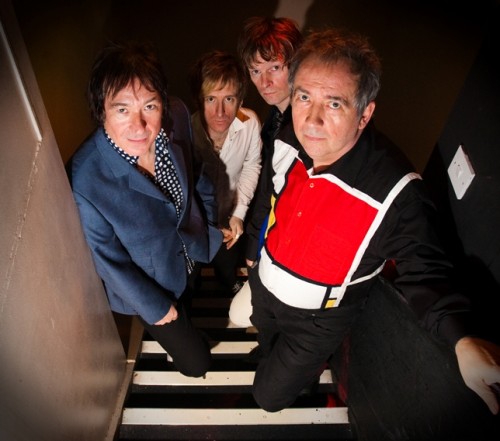 END_OF_DOCUMENT_TOKEN_TO_BE_REPLACED

Norwegian, neo-shoegazer, wunderkinds Serena Maneesh (finally!) returned to the DC area on Wednesday night when they played a painfully short but brilliant set at DC9. It has been four long years since Serena Maneesh first brought their mammoth live sound to our area; when they played to an embarrassingly small crowd at the State Theater in 2006. I was one of the lucky few in attendance that night and I have been a babbling fool about this band ever since; singing their praises every time the shoegazer revival is up for discussion and playing just about every track off their first self-titled debut at my DJ nights over the years. If you read my original review and then their #2 spot on my 2006 best shows list, it is obvious how taken I was by their My Bloody Valentine-esque approach to live performance. The State Theater show is one of the best shows I have ever attended. Hence my many years of agony awaiting their return.
END_OF_DOCUMENT_TOKEN_TO_BE_REPLACED

Even though I consider Muse one of my favorite bands, I have written very little about them over the years. The majority of the 6 times I have seen them perform took place far away from DC and therefore the majority of their shows did not end up reviewed on any of the DC sites I write for. It is fitting that Monday night’s show at George Mason University’s Patriot Center is the one to finally get a feature review out of me. Fitting because it was without question the best performance of theirs that I have seen. Fitting too because I have followed this band since they first washed up on American shores and have witnessed their progression as a live act. Over the seven years or so they’ve been touring here, Muse have not so much shown an evolution as performers as they have consistently demonstrated their massive power as a live act; an act so huge that whatever stage I saw them on seemed tiny in comparison to their unbridled, power-pop fury. With each tour, each stage got a little larger, and Muse seemed one step closer to realizing their master plan of becoming the best live band on the planet. Having seen them on Monday night, I think it is safe to say that they have finally realized that master plan.
END_OF_DOCUMENT_TOKEN_TO_BE_REPLACED

I love coffee shops that encourage things like reading, sharing and creating community. After the recent tempest in a coffee pot I started, I was not sure whether I would be welcome back at Murky, so I went for a place I had not been to before. Stacy’s Coffee Parlor in Falls Church fit the bill. The folks who were here when my lovely wife and I arrived all apparently knew each other, as well as the guy behind the counter and I felt immediately welcomed.

Stacy’s has ice cream and food and truffles and pastries and other good stuff to eat, in addition to all the requisite coffee drinks a person could want. Art on the walls, open mic night, regularly scheduled music – it all got my attention. What really clinched it for me was the library, whose sign encouraged reading, taking and sharing. It’s not a huge library but it’s something. You don’t see that in a lot of places, and I was glad to find it so close to home.

Definitely check it out. It doesn’t have the same vibe as Murky but it has its own unique feeling. The best part? It is head and shoulders above Starbuck’s and has free Wi-Fi. Stacy, I am glad you are my new friend.

My lovely wife and I did this review video when we went to the new Noodles and Company at Ballston Mall recently.